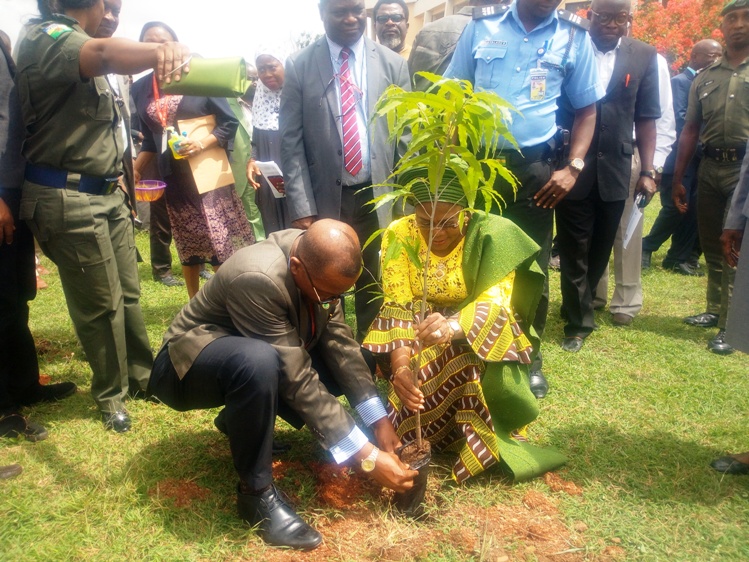 The African Forest Forum (AFF) organized a workshop for stakeholders from African countries on forest matters and expressed need for full commitment to the sustainability of the environment.

The Executive Secretary of AFF, Professor Godwin Kowero charged all stakeholders to come together to address the delicate situation of deforestation in Africa because of its dangerous consequence on human existence.

During the workshop which had participants drawn from 17 African countries, Kowero called for a sustainable forest management in Africa, to mitigate the effects of climate change.

He said that AFF was committed to sustainable management, use and conservation of the forests and tree resources of Africa for the socio-economic well-being of its people and for the stability and improvement of the environment.

Kowero said that the forum was working closely with the UN to address the issue of deforestation, especially in Africa.

He said strategic plans were being put in place across African countries to curtail environmental degradation and climate change challenges.

Speaking on the occasion, the state Governor, Mr Rauf Aregbesola lauded the initiative of the AFF aimed at improving livelihoods and sustainable management of forest resources on the African continent.

Aregbesola said that the state was committed to the issue of afforestation and tree planting, to curtail the ravaging effects of climate change.

Aregbesola who was represented by his deputy, Mrs Grace Titilaoye-Laoye Tomori commended the forum for choosing Osun as the centre for the workshop.

While speaking, ECOWAS representative, Mr Moussa Leko said AFF was committed to supporting the efforts of member-states in creating a platform for synergy among stakeholders so as to sustain forest management globally.

Leko said that the importance of forestry on food security and renewable energy as a source of livelihoods among African people could not be over-emphasised.

He also commended the AFF for the initiative, saying that the expected huge impact, would be felt on forest resources management both at regional and international levels.

The Vice Chancellor of UNIOSUN, Professor Labode Popoola in his remarks said the institution was also making efforts to protect the environment and championing tree planting.

Paris club refund: Your governor is a fraudster if…