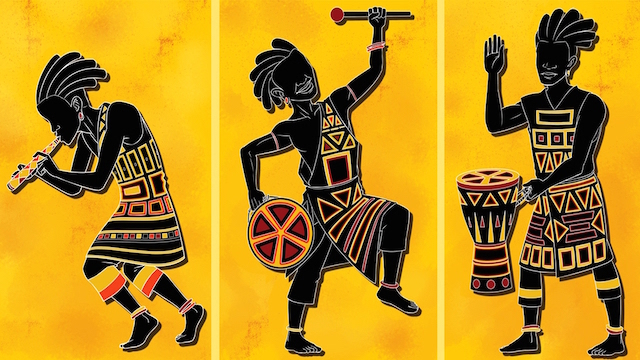 The lyrics are in Mina, a local language in southern Togo and parts of neighboring Benin, but the music is unmistakably Afro-Cuban, a genre with global acclaim.

The weather is cool, the air filled with a misty marine breeze coming from the roaring Atlantic Ocean.

Across the street, onlookers marvel at the colorful dresses and practiced dance moves and watch as patrons nibble on finger food and wash it down with beer, whiskey and soft drinks.

A few minutes earlier, the band had played an up-tempo reggae tune and a highlife rendition of a Christian hymn, but it was the sound of the Afro-Cuban rumba that got people spinning, shimmying and swinging their hips on the now-crowded dance floor.

“This is my father’s bar and we play here every Sunday evening,” George Lassey, the bandleader, told Africa Renewal. “We play all kinds of music: reggae, gospel, salsa and others.”

However, Mr. Lassey says, salsa is “by far the most requested during our live performances.”

Salsa remains popular
Salsa music has remained popular in West Africa since it was introduced in the region in the 1950s, reportedly by sailors.

Among the well-known bands incorporating the Cuban groove are Orchestra Baobab and Le Super Etoile de Dakar, the latter famed for mbalax and Latin-influenced dance music, in which Senegalese superstar Youssou N’Dour, who is also a UNICEF Goodwill Ambassador, shot to fame. Others include the Rail Band in Bamako and Orchestre Poly-Rhythmo de Cotonou.

In early 2010, some of Africa’s renowned salsa vocalists joined forces with New York–based musicians to form Africando, a group that successfully brought African-flavored salsa to the global music market.

Growing up in Benin, Angélique Kidjo, now an internationally acclaimed artist and another UNICEF Goodwill Ambassador, felt a strong connection to salsa.

“As I was listening to Celia, I could hear Africa,” Ms. Kidjo remembers, referring to Celia Cruz, often called the “Queen of Salsa.”

In July 2016, Angélique Kidjo teamed up with several New York–based Cuban musicians to perform a tribute to the late Celia Cruz before taking the show on the road across the US, Europe and Asia.

The enduring popularity of salsa and the recent emergence of genres such as AfroSoca in the Caribbean signal the resilience of African and Africa-inspired arts and culture throughout centuries, sometimes amid challenging circumstances.

“It is well known that salsa and Caribbean rhythms have African roots. But it is also true that a lot of modern African music owes a lot of its influences to salsa and el son cubano,” says Angel Romero Ruiz, founder and senior editor of World Music Central, a US-based online magazine dedicated to world music. El son cubano is a quintessential Afro-Cuban song style (the term can refer to a dancing style as well).

The Congolese rumba is an example of the round-trip phenomenon. It is derived from el son cubano. Son originally played the function of telling the news of the countryside. Among its fundamental Hispanic components are the vocal style and lyrical poetry of the songs. Its call-and-response pattern comes from African Bantu tradition.

“Indépendance Cha Cha,” performed by Joseph Kabasele (known by his stage name Le Grand Kallé), was composed and performed for the first time in 1960 to celebrate the imminent independence of the former Belgian Congo (present-day Democratic Republic of Congo). The song quickly gained continentwide appeal during a period when several other African countries were in the process of gaining independence from colonial rule. The song is still performed today, and it has inspired other pan-African genres such as soukous, makossa and coupé décalé.

In turn, makossa, a Cameroonian genre popularized internationally by saxophonist Manu Dibango, contributed to the emergence of disco in the US through his song “Soul Makossa.”

Over the years Congolese rumba, Nigerian Afrobeat, Ghanaian highlife, Caribbean calypso, Antilles zouk, Trinidadian soca and dancehall music gained currency in Africa and in the diaspora, while becoming telling signs of the popularity of African rhythms and their influences around the world.

Afrosoca genre
In the Caribbean, AfroSoca—a blend of Afrobeat, traditional soca and dancehall—emerged in 2014. The genre, introduced by Trinidadian Olatunji Yearwood, has been growing in popularity on both sides of the Atlantic, and as far away as South Africa.

In West Africa, popular Nigerian artist Flavour N’abania scored a major hit in 2011 with a catchy remix of his 2005 song “Nwa Baby (Ashawo Remix).” The song was a cover of “Sawale,” a popular highlife hit from the 1960s. The original “Sawale” and its 2005 cover had a slow beat typical of Ghanaian and Nigerian highlife music.

Yet “Sawale” appears to borrow its rhythmic and melodic base from “El Manisero,” also known as “The Peanut Vendor,” a popular Cuban piece. Fast forward to 2011, and the original rhythm and tempo have been transformed into a major hit straight out of Nigeria.

Were it not for the lyrics in pidgin English and the nationality of the artist, people in the Caribbean would have mistaken the hit for theirs because of the heavy influence of soca and dancehall.

Ghanaian Azonto
It was not a surprise that the 2017 carnival hit “Bouncing” from Shemmy J & Imran Nerdy, both artists from Saint Lucia, unmistakably reminds listeners of Flavor’s “Ashawo” Remix.

“Kukere” sounds like a soca song, so much so that while rehearsing for a carnival in Port of Spain in Trinidad, dancers had no problem warming up with Iyanya moves while listening to soca.

“Perhaps [he has] brought the commonalities between soca and afrobeats—as well as dancehall—into sharpest focus,” Jesse Serwer, a freelance music reviewer, writes of “Sanko,” a hit from Timaya, another Nigerian artist. “The song seamlessly straddles all three genres; its video features a mixture of dancehall movements and Nigerian steps.”

Timaya responded: “My intention was to develop a unique sound, that when played across continents, the response and the vibe will be the same. And I am very happy to say I achieved that.”

Indeed, a fusion of African and Caribbean contemporary rhythms and sounds, AfroSoca, is the new roundtrip, continuing the cross-fertilization of African rhythms.