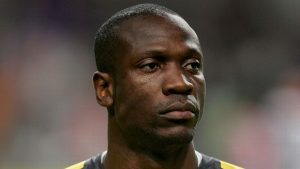 Despite the optimism that accompanies Africaa��s five World Cup representatives heading to Russia this summer, former Cameroon international Lauren doesna��t believe any of the quintet can realistically reach the final four.

Lauren believes the wait is set to continue, and that the final eight is the glass ceiling for any of Nigeria, Egypt, Morocco, Tunisia and Senegal this summer.

a�?I could say Africa will be in the semis, wea��re going to win, but thata��s not the reality,a�?  the former Arsenal man told BBC Sport . a�?To be honest with you I cana��t see any of them going further than the quarter finals.

a�?This is my honest opinion because we are still one step behind the top teams.a�?

Lauren, who won two African Cup of Nations crowns with Cameroon, represented the Indomitable Lions at the 1998 and the 2001 World Cups.

DANIEL LEAL-OLIVAS/AFP/Getty Images
Africaa��s teams each have reasons for optimism heading into this summera��s showpiece.

Both Egypt and Senegal endured testing recent international breaks, but have been handed favourable draws at the tournament itself.

Tunisia will also be buoyed after two recent friendly victories a�� over Iran and Costa Rica a�� that takes them up to 14th in the FIFA World Rankings , their highest position.

Nigeria will take encouragement from a qualifying campaign in which they cruised through Africaa��s a�?Group of Deatha��, while a come-from-behind friendly victory over World Cup opponents Argentina in late 2017 also raised expectations.

Finally, Morocco are a well organised outfit who have a wealth of options across the pitch. A difficult group including Spain and Portugal has dampened expectations, but the North Africans will be quietly confident that a defence that didna��t concede a single goal during qualifying gives them a chance against the European heavyweights.

However, Lauren believes that football administration in Africa continues to hold the continenta��s teama��s back, but thinks that hea��s someone whose experience could help prompt an improvement.

a�?I dona��t like to lie to people,a�? the 41-year-old continued. a�?I am very honest, I speak my mind because we dona��t do things the right way.

a�?Politics is in my blood but I wouldna��t like to really got into politics, but maybe to try to help African football with the knowledge I have got about business and how to do things in a structural way.a�?

Nigeria 1-1 Senegal: How The Mail reported the international friendly