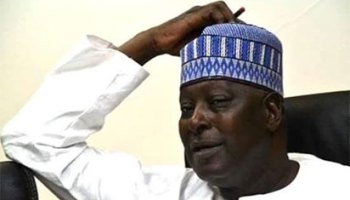 Mr. Lawala��s company, Global Vision Ltd.,was indicted by the Shehu Sani-led ad hoc committee for benefiting from inflated and phantom contracts a�� or ones not executed at all a�� awarded by the PINE.

Mr. Lawala��s firm was said to have been awarded over N200 million contract to clear a�?invasive plant speciesa�� in Yobe State.

The Committee found that as of the time the contract was awarded in March 2016, Mr. Lawal was still the director of Global Vision.

Mr. Sania��s report revealed that the Presidential Initiative for the North East took advantage of the emergency situation to award fraudulent contracts; and also that the realities in the Internally Displaced Persons camps did not commensurate with funds released.

The Senate, therefore, resolved that PINE should turn in all documents pertaining to contracts it had awarded and that all government officials, apart from Mr. Lawal, found to have contravened law in the processes of the contracts should be prosecuted.

The Senate also asked the Federal Ministry of Health to immediately deploy its personnel to the IDP camps to support the international humanitarian crisis managers and military hospitals in the north-east.

Lawal was sacked after a protracted outcry from the public and replaced by President Muhammadu Buhari.

The EFCC Acting Head of Media and Publicity, Mr. Samin Amaddin, confirmed his detention on Wednesday.

Only Five Per cent Bank Customers Will Be Affected By New Policy, Says CBN