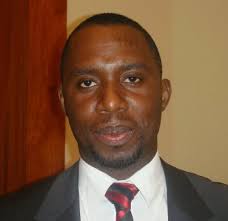 The much touted ambition of the son-in-law of the Governor of Imo State, Ugwumba Uche Nwosu, yesterday, suffered a serious setback after a total rejection by Imo youths.

It was gathered that Nwosu had through his cronies and members of his campaign organization surreptitiously arranged a make-belief Imo Youths Political summit to discuss a way forward for Imo youths at a certain hotel in Owerri only to turn the event into an endorsement bargain, which was vehemently resisted.

The trouble began when Jeff Nwoha, General Manager, Environmental Transformation Company, while addressing a handful of youths present at the meeting, deviated from the agenda to discuss Nwosu and calling for his endorsements. It was at this juncture that three-quarter of the youths staged a walk-out in disapproval.

Addressing the newsmen, Mr Emma Anyanwu, Coordinator, a�?Buhari Support Group (Youth wing)a��, described Jeff Nwohaa��s arrangement as fraudulent, undemocratic and most worrisome for the future of the party. His words; a�?We were there for a summit only for Comrade Nwoha to begin his endorsement abracadabra. We the Imo youths reject Uche Nwosu, his unwholesome antics and desperation. We are talking of equity here. It is the turn of Owerri zone and somebody is here discussing Uche Nwosu. We as youths cannot afford to pretend because of money politics that all is well. Uche Nwosu should step down and stop causing problem in the party. He must not foist himself on the people who have rejected his aspiration.a�?

Martin Daniel, Coordinator, Imo Youth Council expressed total disappointment at the supposed leaders of the youth groups who called them out in pretense of Imo Youth Summit only to raise issue of adoption. a�?This is rather a kangaroo arrangement. I am not against Uche Nwosu vying for any position of his choice but we must consider the temperament of the people who prefer an Owerri zone Governor come 2019. He therefore called for total rejection of the gathering.

In a most dramatic manner, one of the youths from Orlu, Collins Eemeka wondered why the organisers of the programme should be tainting Orlu people as greedy and insensitive by not heeding to the call for Owerri zone governorship. He however called for the review of those who are youths, saying that most people championing youth programme have far gone beyond the age bracket.

The event which was declared open by Kenneth Emelu witnessed people from Governora��s homestead join in a walk-out protest with booing and jeering that followed thereafter.

However, another drama during the botched event was the call for the impeachment of the gavel wielding a�?Youth Assembly of Nigeriaa�� speaker, Godstime Samuel by his kinsman, Jeff Achiko over claim that the youth group he founded with Uche Nwosu as patron unanimously adopted Uche Nwosu. Mr. Achiko revealed that at no time did they ever have a session let alone coming up with such strange resolution.

The highpoint of the event was the representation of an Owerri Zonal Youth group by one Mrs Maureen Chioma who is of Nwangele descent in Orlu local government area. Realizing the fraud, the floor went berserk, causing so much anger among those present as they called her names from an Imposter to a mere political mercenary.

With the development, one wonders what the future holds for Imo All Progressives Congress with so much in-fighting occasioned by desperation of some politicians.