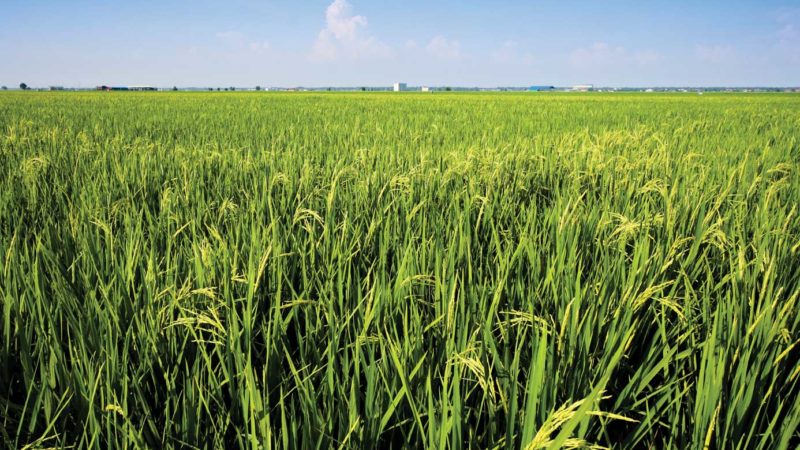 In its 2016a��2025 strategy for agricultural transformation in Africa, the African Development Bank (AfDB) advises governments to empower smallholder farmers to sustainably and profitably produce more food and achieve a food-secure continent.

That means strengthening the bargaining power of small-scale farmers and giving them access to improved soil that will increase yields, fertilizer and markets to enhance their incomes and well-being.

At a ministerial roundtable in the margins of the 2016 Korea-Africa Economic Cooperation Conference in Seoul, South Korea, AfDBa��s president Akinwumi Adesina said, a�?To achieve food sufficiency and turn the continent into a net food exporter, Africa must empower smallholder farmers, who constitute 70% of the population and produce 80% of the food consumed in the continent.a�?

Ambitious talk
Bukar Tijani, the assistant director-general and regional representative for Africa at the UNa��s Food and Agricultureal Organizsation (FAO), reinforces that a�?the key to Africaa��s food security lies in the smallholder farmer.a�?

Africa is home to more than half of the worlda��s unused arable land, but the continent remains food insecure, with millions of people experiencing chronic hunger and facing famine, according to the Alliance for a Green Revolution in Africa (AGRA), an organization that provides support to small-scale farmers, in its Africa Agriculture Status Report 2017.

In addition to helping smallholder farmers, governments and other stakeholders need to look at ways of empowering youth with knowledge, skills and other resources. According to Agnes Kalibata, the president of AGRA, it is important to a�?invest in modern technologies and give the youth and women more resources to venture into productive agriculture.a�?

For Alex Awiti, the director at the East African Institute, a policy research organisation, the key to food security is to develop policies and strategies that address the needs of smallholder farmers. Agricultural policies are not in short supply on the continent; the problem has always been the implementation of policies.

a�?Improving agricultural productivity is a complex public policy problema��it is influenced by a number of complex socio-economic and political factors,a�? says Dr. Awiti.

Factors inhibiting smallholder farmers include the ineffective application of fertilizers; farmers do not use fertilizer deep placement (FDP), which increases yield. In addition, good-quality seeds and fertilizers are often difficult to come by and unaffordable to smallholder farmers even when they can be found. All of this often leads to low agricultural productivity.

a�?Fertilizer use in smallholder farms in Africa is 13 to 20 kilogrammes per hectare. This is about a tenth of the global average,a�? explains Dr. Awiti.

Large-scale farms
Despite the obvious socio-economic benefits of investing in small-scale farming, African governments prefer to focus on large-scale commercial farms, due to the perceived difficulty of dealing with tens of thousands of smallholder farmers.

Dr. Awiti says that a lack of fertilizers, a weak value chain and production losses during storage and distribution stages destroy agricultural economies and demotivate smallholder farmers who lack basic storage and processing facilities and technical knowledge. When smallholder farmers can produce more without fear that their yields will be wasted, the agricultural sector will grow.

a�?Many smallholder farmers in Ghana farm on poor and degraded soils and lack access to affordable and appropriate inputs, including quality seeds, fertilizers and pesticides,a�? says Kofi Yeboah, a young Ghanaian entrepreneur. These farmers are now calling on their government to subsidize the prohibitive costs of fertilizers.

A small group of Ghanaian companies import fertilizers to the country and further negotiate with the government to set prices. Farmers in remote areas complain that fertilizers do not reach them.

In South Africa, smallholder farmers do not have adequate access to research and extension services, says Mabine Seabe, who advocates for the empowerment of farmers. Worse, they lack strong negotiation skills and information about prices. All of this means that South African smallholder farmers do not receive optimal earnings for their produce. Even when farmers have the right information regarding prices, they are unable to access the big markets and are therefore compelled to sell their produce to middlemen who own distributive networks and make most of the profit.

a�?Small-scale farmers and the youth do not receive necessary funding and support from government and financial institutions due partly to high risks associated with farming,a�? says Mr. Seabe, adding that government has been slow to enact land reforms and redistribution policies. Land reforms are a difficult issue: only Zimbabwe has implemented them, and it was a politically and racially charged undertaking.

Maputo declaration
Ethiopia is facing food shortages caused by drought. Meanwhile, over 20% of the total crop yield in Ethiopia is lost to poor post-harvest handling (PHL). To address this problem in Ethiopia, Shayashone, a nonprofit organization dealing in agricultural logistics, strategy and business model development, among other things, is supporting smallholder farmers with storage technology. Yared Sasa, the head of the organization, says, a�?Farmers need adequate new technology and capacity building to mitigate crop damage during storage by pests.a�?

Shayashone has partnered with Cooperatives for Change (C4C), a nonprofit international development organization from Netherlands, to promote in Ethiopiaa��s Oromia region the use of an improved storage bag created by the PICS (Purdue Improved Crop Storage) project.

Despite multiple constraints faced by African small-scale farmers, government investment in agriculture has doubled since 2010, the Brookings Institution, a US-based nonprofit public policy organization, reported this year. But such investments are still less than 2% of national budgetsa��far below the 10% threshold African leaders agreed to invest in the sector in their Maputo Declaration in 2003.

In 2017, 14 years after the Maputo Declaration, most countries have not yet met the 10% target. The few that have met the target include Ethiopia, Madagascar, Malawi, Mali and Namibia.

Mr. Tijani of FAO advises African governments and other investors in agriculture to raise awareness among the youth of the benefits of agriculture and how its value chains work. Young people should not engage in farming only for lack of better opportunities; they need to be aware that it is a gainful occupation, he says, adding, a�?African youth can be powerful drivers of change to lift themselves and others out of poverty, hunger and malnutrition.a�? Unfortunately, many dona��t consider agriculture a potentially lucrative venture.

About 200 million Africans are between the ages of 15 and 24, and these young people are an untapped reservoir for spurring growth in the agri-food sector. Governments should give them property rights, farming and digital technologies, and other value-chain opportunities, says Mr. Awiti. a�?This will place them at the nerve center of agricultural e-commerce.a�?

country manager in Kenya.
Already the anticipated increase in productivity has triggered a demand for more fertilizers. To meet such demand, Yara set up a $26 million fertilizer terminal in the capital, Dar es Salaam, even as the organization and Tanzaniaa��s government are working with local banks to provide financing for farmers. The model will create thousands of new jobs and raise incomes for millions of farmers.

The Tanzanian model addresses food insecurity, youth unemployment and socio-economic exclusions. It can potentially spur rural development. However, the model has been criticized for destroying state-owned mangroves that provided food security for many citizens.

Head of the Africa Progress Panel and former UN secretary-general Kofi Annan believes that Africa can close the productivity gap in the agriculture value chain. a�?Africaa��s smallholder farmers are more than capable of feeding the continent as long as they make use of the latest agronomic practices in combination with appropriately adapted seeds and fertilizers to boost their crop yield.a�?

The question remains: How far and how quickly are African governments willing to go to empower smallholder farmers to achieve the goal of a food-secure continent?

Raphael Obonyo is Africaa��s representative to the World Banka��s Global Coordination on Youth.

Worshippers protest closure of church by police in Ondo

169 thoughts on “AGRICULTURE: Towards a food-secure Africa”