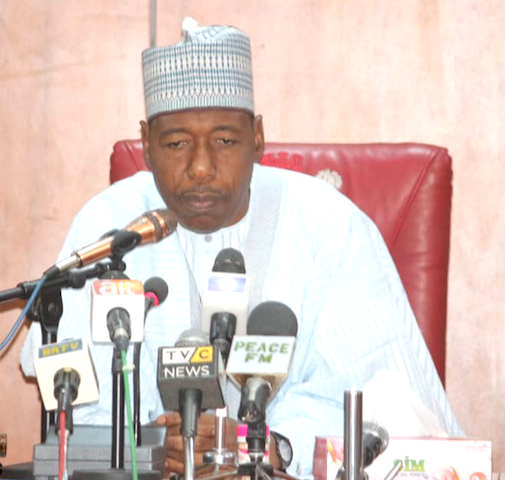 Agro Rangers is to be established in Borno state soon. This was disclosed by Governor Babagana Umara Zulum on Monday when he received His Royal Highness the Shehu of Borno on a sallah homage at the Government house Maiduguri. He emphasized that the agro rangers will be comprised of highly trained personal of the Nigerian Security And Civil Defence Corps. The rangers whose role is to secure farmlands are to be assisted by the local hunters, vigilantes and the CJTF.

Prof. Zulum also pointed out that his administration has procured over eighty (80) patrol vehicle that will be distributed to the various security outfits next week.

Governor Babagana Umara Zulum thanked the royal father for the visit and assured him that his administration will not condone immoral activities in the state and that very soon government of Borno state would clamp down on all the places where such activities are carried out.

Gov. Zulum also informed the monarch that clearing work is ongoing along Maiduguri – Damboa – Biu road in prepation for the reopening of the road soon.

The Shehu’s visit was in fulfillment of the annual traditional sallah homage to Governor by royal fathers in the state.

In his remarks, the Shehu commends Gov Zulum for doing a wonderful job in his two months in office. He has also called on the Governor to summon emergency extra ordinary expanded security meeting to address emerging security threats.

Other requests by His royal highness includes immediate action on the emerging immoral activities around Bolori, which hitherto leads to other criminal activities and the rehabilitation of Maiduguri – Damboa – Biu road.