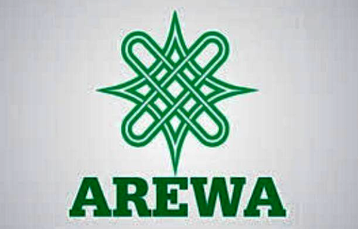 The Arewa Youth Consultative Forum, AYCF, has reacted to the claim by the wife of President Muhammadu Buhari, Aisha, that two powerful people were frustrating the current Federal Government’s progress.

Speaking with DAILY POST on Sunday, the National President of AYCF, Yerima Shettima said Mrs Buhari’s claim was an indication that Nigerians should vote out the current All Progressives Congress, APC-led Federal Government.

Recall that Mrs Buhari, who had made the claim at a conference organized by Project 4+4 in Abuja on Tuesday last week, however failed to mention the names of the powerful persons.

But, reacting to her remark, the AYCF National President insisted that government can’t be “narrowed down to people from the same village.”

According to Shettima, “Her story is not different from what we have said and keep saying, it’s only the blind one who believes Buhari is doing better will stand and vote for him in 2019 but for us, we have gone beyond that, certainly, we will not continue like this.

“Its a very serious matter and we know that the man who is at the helms of affairs is not being told everything and is allowing all manner of things or probably he’s not aware and if he’s aware it’s a disaster.

“This government can’t be run by two individuals in our collective interest, It won’t be accepted by anybody. Government is not run by a few individuals, you can’t narrow down government to people from the same village.”

Osinbajo is sucked in propaganda, deception, impunity and sleazes: PDP