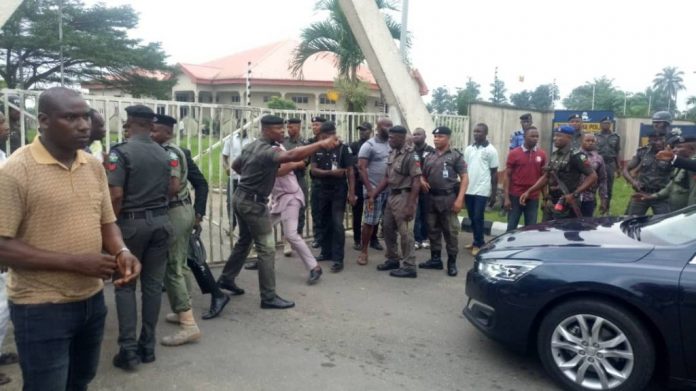 The Akwa Ibom state house of assembly was on Monday invaded by suspected thugs who reportedly prevented the lawmakers from gaining access into the assembly premises.

The development is said to be connected with a court order declaring vacant the seat of Idongesit Ituen, member representing Itu constituency.

Recall that Ituen was recently sacked as a member of the state assembly by the federal high court following his defection from the Peoples Democratic Party (PDP) to the All Progressives Congress (APC).

Luke Onofiok, speaker of the Akwa Ibom house of assembly, had a few days ago barred Ituen from attending plenary.

AREWA-NDIGBO FACE OFF: ON UNITED NIGERIA – WE STAND