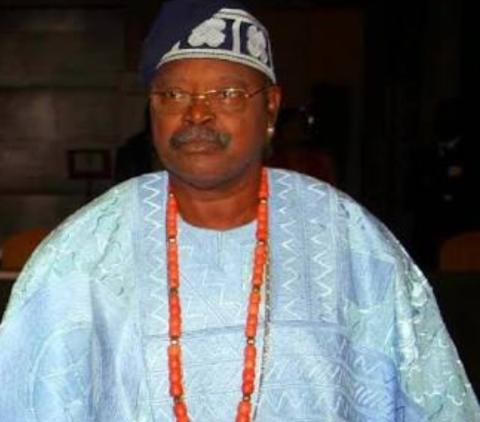 A statement by one of his sons, Constantine Akinfolarin Akinyele, confirmed that the Ondo chief passed away Thursday night after a brief illness.

Akinyele, was a trained public relations specialist and an administrator after serving as the Minister of Information, later became chairman of the Nigerian Sports Commission.

He was also a former president of the Nigerian Institute of Public Relations (NIPR).

In 1995, former Nigeria’s military head of state, Sani Abacha, appointed Akinyele as head of a National Reconciliation Committee with the objective of opening dialogue with interest groups in the country to support the democratic transition program of the government.

2 camels cause massive traffic jam by mating in the middle of the road (PHOTOS, VIDEO)

30 thoughts on “Alex Akinyele Is Dead”