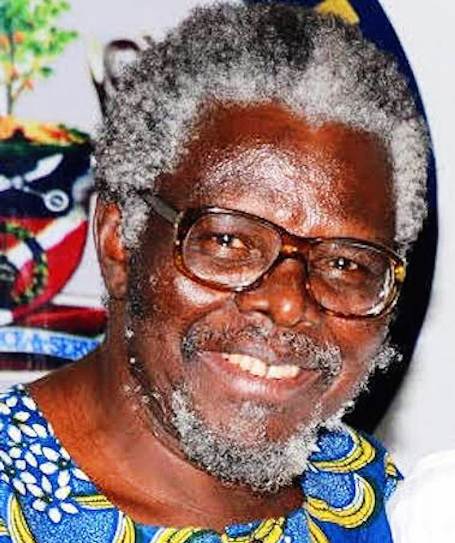 One major problem limiting the national effectiveness and impact of the Nigerian Left in the countrya��s politicsa��at least since the end of the (1967-1970) Civil Wara��has been the contradictions (or a�?disconnecta�?) between organization and programme. Put more concretely: The inability of the organizations of the Left to fully and satisfactorily accomplish the tasks they assign themselves through the employment of the structures, means and methods fashioned by thema��and therefore available to thema��has been a major limiting factor in its national effectiveness and impact in Nigerian politics.

As the Left now prepares to a�?diversifya�? its politics by participating in future electoral contests through combinations and alliances, it is necessary to step up the struggle against this almost chronic weakness. The following recollection is a statement and an illustration of the problem. Some details that are inappropriate here and, in any case, irrelevant to this discussion, are left out of the narrative.

Sometime in the second half of 1988, a fairly large number of Nigerian socialists met in the university town of Nsukka. They had come from the four corners and centre of the country. It was at the height of General Babangidaa��s dictatorship when the regime was trying to institutea��or, perhaps, more correctly, institutionalizea��a form of a�?military democracya�? or a�?diarchya�?. Dialectically, it was also at the height of Marxist vanguardism in the Nigerian Left.

Most of the persons who were present at the all-night (necessarily underground) meeting were in the forefront of the various struggles being waged at the time by three popular-democratic organizations that were particularly under state and ruling-class attack: the labour movement organized principally under the Nigeria Labour Congress (NLC) and its affiliates, the Academic Staff Union of Universities (ASUU) and the National Association of Nigerian Students (NANS).

A few other participantsa��among them the conveners and coordinators of the meetinga��were either not known in the open struggles at all (except possibly to the security forces) or were seen by the public as journalists or mere ideological supporters. One or two of the embattled popular-democratic organizations were, at the time, also holding well-publicised and open conferences at or around Nsukka. These two tacticsa��the existence and deployment of doubly underground conveners and coordinators and a revolutionary meeting taking place on the sidelines of open conferencesa��were well-practiced and effective coversa��as it seemed, and as we believed.

I travelled from Lagos where I was serving as member of the Editorial Board and Acting Editorial Page Editor of The Guardian. First, I stopped in Calabar, my a�?basea�?. There I linked up with other members of the Calabar Group of Socialists. From Calabar our delegation moved to Nsukka in three groups along three different routes.

The agenda of the meeting should, by now, be obvious. Its core can be divided broadly into two. The first was our response to the regimea��s clampdown on the leading organizations of the popular masses and the Nigerian Left. The second was the review of Babangidaa��s transition programme and our attitude to it. The agendaa��s ancillary items included organizational structure and coordination; finance and a�?logisticsa�?; local struggles; and a�?generala�?. The ancillary items were regarded as secondary, subsidiary or merely supportive. That was the Nigerian Left 30 years ago. But with the benefit of hindsight, I now regret that the so-called ancillary issues were not organically integrated into the agenda of that meeting and of similar meetings of that period.

The so-called a�?generala�? issues unbelievably included the national question, the gender question and general democratic questions that continually assailed and still assail what we used to call a�?bourgeois politicsa�?. These other issues, as well as questions relating to organizational structures, finance and a�?logisticsa�? were just mentioned as delegates were looking at their watches and calculating how long it would take them to move out of Nsukka or get to the bus stations!

This near-neglect of issues in a�?bourgeois politicsa�?, internal organization and a�?logisticsa�? is a heritage that must now be burieda��because I believe it has been rejected by the movement of history. We may call this problem the a�?dialectics of organization and programmea�? or a�?aligning organisational structure with what is to be donea�? or the a�?correlation of what is to be done and how to do ita�?.

The all-night meeting opened around 9.00 pm. Choosing a presiding officer and two deputies and endorsing the composition of the secretariat took almost an hour because it was a meeting of representatives of several groups, each protective of its a�?autonomya�? and afraid of a�?dominationa�?. Those who convened the meeting had merely deployed their personal authoritya��ideological, moral and politicala��to do so. The solution of this preliminary procedural problem later became the foundation of a bigger problem, as will soon be seen.

Participants who were eventually chosen as presiding and recording officersa��that is, the trustees of the meeting a�� came from different locations and belonged to different groups. The meeting, as expected, went on to take strategically important decisions. The implementation committees were constituted by random nominations. The grave shortcomings of this all-important meeting for which patriotic and courageous Nigerians took great risksa��convinced that this was necessary to save the nation from creeping neo-fascisma��began to emerge shortly after the meeting had ended and delegates had sung the a�?Solidaritya�? and a�?Internationalea�? and embarked on their homeward trips.

The theoretical expectation was that the presiding officers and recorders would assemble after the meeting to confirm and a�?tidy upa�? the records especially the decisions reacheda��and communicate same to a�?stakeholdersa�? by the usual methods and channels. The various implementation committees were also expected to hold brief meetings to confirm both their memberships and how to carry out their assignments.

They were also expected to appoint convener(s) and coordinator(s). The tragedy was that these expectations were largely unmet before dispersal. If the presiding officers and recorders and the implementation committees had met they would have discovered that since their memberships were dispersed across the country and both the individuals and their primary organizations were not buoyant enough to permit them to travel around as necessary, they must find other ways of carrying out their assignments. But these other meetings did not take placea��because the main meeting was deemed to have ended. The result was a catalogue of grave shortcomings in the execution of assignments.

This trend, which my own generation met in the early 1970s, continued until the meeting in Calabar in April 1989. That Calabar meeting of the Nigerian Left took place on the sidelines of a conference organized by the NLC to consider the formation of a Labour Party. At the end of the Left meeting, an empowered 12-member Coordinating Committeea��each member representing a primary groupa��was appointed. But, beyond this, the meeting appointed a 2-member Secretariat based in Lagos. The two members were serious, committed and experienced; they also had a history of working together; their places of work were close; and one of them had a full secretarial support to offer the Secretariat.

These two simple stepsa��appointing a fully representative and empowered Coordinating Committee and setting up a working Secretariata��caused a great positive leap in the post-Civil War effort to found a nationally-based organization of the Nigerian Left. Another historic leap would be made if the Left, as Left, not only a�?diversifiesa�? into electoral politicsa��or bourgeois politicsa��but also aligns its organization accordingly. And, in trying to do this, the Left may need to re-possess and then revise, thus recreating, their inherited theory of organisation called democratic centralism. With the internet and the social media creatively employed the new leap could be a double or triple one!

Obasanjo: One Meddling Too ManyA�

The sidelining of Prof. Yemi Osinbajo

6 thoughts on “Aligning organization with programme in Leftist politics”