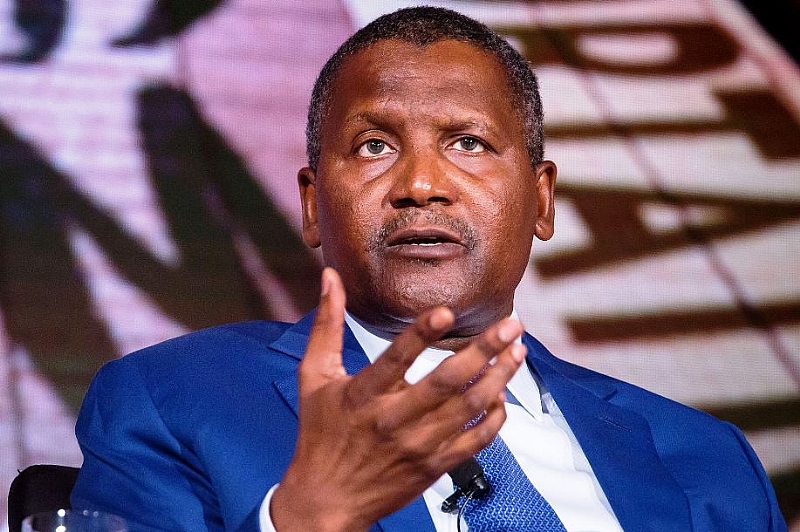 It was meant to be a statement of some sort, of self-beatification; an announcement to make Nigerians believe that despite their severe and several failures on all fronts including basic leadership indices, that Nigeria’s biggest players from all walks of life were still supporting and, in fact, ready to bankroll APC’s Muhammadu Buhari’s 2019 election campaigns.

This drove the party into desperation in making known to the public those they obviously browbeat into their list of Presidential Campaign Council. But like many of such blunders in the past, including the ones where names of the dead were announced as government appointees, this one did not last up to 10 hours before its obvious mischief was announced to the public and the name of Alhaji Aliko Dangote withdrawn.

Aliko Dangote is not one of those common farmers without a voice whose identities the APC leaders found convenient to use to claim a donation of N1.7bn from; he is not one of those “emergency” civil societies whose muddled identities are used to raise some phantom funds for the purchase of a nomination form for Mr President. No! This is Aliko Dangote, Africa’s richest man and one of the world’s foremost and revered businessmen. His name cannot be used to achieve APC’s sinister purposes without him calling them to order. And expectedly, no sooner had the names of APC’s Presidential Campaign Council released, than APC was forced to do a retraction with their tail between their legs.

This singular act of All Progressive Congress, APC, is a pointer to how it operates, without any regard for processes and procedures, courtesies and rapprochements, all in an attempt to create a false and even a non-existing image of acceptability for itself having seen that Nigerians including Africa’s richest man have rejected them.

Although APC made Dangote’s rejection of his appointment to serve in its Campaign Council look like a genuine mistake, the statement announcing the withdrawal of his name from the Council gave them out.

“Africa's richest man, not being a card-carrying member of APC, cannot, and is not member of the PCC. He is also a member of the Peace Committee, and thus cannot be in a partisan campaign council”.

But for mischief, gross incompetence and ineptitude, the types that have seen our nation brought to her knees under the leadership of Buhari, why would a party like APC add Dangote’s name to their campaign council without, first, consulting with him, and, second, without him being a member of their party?

This goes a long way to show that in order to procure credibility for itself by all means including stampeding innocent citizens, and to launder its irredeemably battered image, APC and Buhari are ready to even go as far as adding Bill Gates to their list of its campaign council. So, the question is, how many more of those on that list were railroaded into it without being consulted and or without being card carrying members of APC but are not as courageous as Dangote to dissociate themselves from what is obviously the puerile electioneering voyage of a doomed party whose captain’s leadership has brought nothing but tears, sorrow and blood to the nation. Sadly, Dangote himself is not immune to the sorrow!

In Auguat 2016, according to a report by Africa News, Alhaji Aliko Dangote lost $5.4bn due to Buhari’s tenuous economic policies that have most times been non-existent. By July 2017, it was reported that the business mogul’s net worth experienced a sharp drop from $15.4bn to $12.2bn while as as at September 2018, his fortunes were reported to have further dropped by over $100m just within two months.

That was a just a minute sum up of what the entire citizenry is going through in the hands of Buhari. Factories are closing down in their numbers, people are not only losing their jobs in droves but also their lives as a result of insecurity, the level of illiteracy has jumped up, many are being ravaged by diseases, while monumental corruption in the presidency as reported in different circles have joined poor economic policies to make Nigeria the poverty capital of the world.

With these gloomy statistics, no astute businessman/woman or responsible citizen would want to serve in a system set up to reinforce failure except those who are too lily-livered to assert themselves or those who have skeletons in their cupboards and hope that the Buhari presidency would continue to protect them from the long arms of the law just as he is currently doing for Babachir Lawal the former Secretary to the Government of the Federation.

Thankfully, Dangote is not in the class of such people. So he had the morality and audacity to question the presidency and APC on how his name was included in their campaign council even without as much as extending the courtesy of prior information to him. What this means is that Dangote has further shown himself to be not just a billionaire and a philanthropist but one touched by the pitiable plight of citizens and who would not join forces with those who have brought this unimaginable hardship on the them. His membership of the Peace Committee, a body of highly regarded and eminent non-partisan Nigerians whose sole aim is to pursue peace for the country particularly among politicians, is a further testimony to his attributes.

Do we then need to look too far to know why he has achieved so much success in his endeavours? No! Here is a man who runs his businesses with sound economic and financial doctrines and a human face, and who will never associate with those whose abysmal performances in political office have brought Nigeria to a halt.

This is just another example of how desultory APC runs Nigeria. Sad!

Have you watched the movie Sarakick

Revenues Waste Away As Bayelsa Housing Assets In Abuja Waste Away

110 thoughts on “Aliko Dangote: Another Political Mishap by APC”