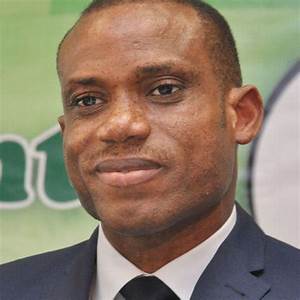 Oliseh won his first game in charge of Fortuna 2-1 away against Achilles, The win was the team first away victory of the season.

The Team’s performances in the first few games inspired belief, confidence, and trust from the supporters and many started praising the former Nigerian Midfielder.

Truly, Oliseh changed the fortunes of the club when he took over in January, the team was languishing in the 18th position with 15 points from 19 matches.

At the end of the 2016/2017 season, Oliseh achieved the target by keeping Fortuna in the second division as the team finished 17th on the log.

Fortuna won a record six straight matches in the Dutch second division league to steer the team out of Relegation waters.

But Recently the performances have been poor with the club losing four straight matches a sequence which put Oliseh under pressure to turn the club fortune around.

The Club released a statement to reiterate their unflinching support for Sunday Oliseh, but in Football as a Coach, you are as good as your last match.

Fortuna Suprised many football enthusiasts when they released a statement that they have sacked Sunday Oliseh, but the club maintained that his dismissal has nothing to do with the team recent poor performances.

a�?Fortuna Sittard immediately relieves Sunday Oliseh of his duties,a�? the club announced on their official website on Wednesday.

a�?The club management makes this decision as a result of the repeatedly culpable actions for a long period by the trainer towards several persons in the organization.

a�?Several attempts by the club to move the trainer to other behavior remained unfortunately without result, resulting in an unworkable situation as a result.a�?

a�?The board of Fortuna Sittard emphasizes that the decision to disband Sunday Oliseh is not motivated by the current sporting performance,a�? the club added.

a�?Because of his inadmissible actions, the coach has made the co-operation with many people within the organization impossible. From players to employees. Fortuna Sittard regrets the decision, but states that the club interest goes above all else.a�?

Sunday Oliseh responded to the statement by claiming the Club suspended him because he refused to take part in illegal activities.

a�?I confirm: Due to my refusal to participate in Illegal activities at Fortuna Sittard and violate the Law, I have been Suspended from my duties as Coach by the Foreign Owners of Fortuna,a�? Oliseh wrote on Twitter on Wednesday.

a�?Unfortunate for the lovely fans, my players and our hard-fought phenomenal positioning for Promotion.a�?

Meanwhile, The Dutch Club confirmed that they will be reporting Oliseh’s allegation to the Arbitration committee of the Dutch FA.

a�?Fortuna Sittard does not wish to react with accusations in the press, Fortuna wants to fight the accusations made. In this context, the club will also take the necessary legal follow-up steps.

a�?The case will be presented by Fortuna Sittard to the arbitration committee of the KNVB (of the Royal Dutch Football Association )- an independent body a�� which will now make an assessment of whether there is sufficient ground to terminate the employment contract of Sunday Oliseh.

Sunday Oliseh seem not to have learnt from his mistake during his ill-fated stint with the Super Eagles.

According to the Statement released by Fortuna, Oliseh must have had issues with the officials of the Club, and in Football Management you don’t come out Victorious when you clash with the Top echelon of your team.

There will be only one winner and the Winner is the Club, Unfortunately, Oliseh is the Loser.

Messi Extends Contract With Barcelona Till 2021