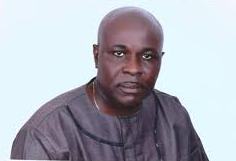 This week’s reflection is on a trending story that began when Buhari returned from his 104-days of medical treatment in the UK in 2017. Many were surprised that on his return, Buhari, who was a subject of several extremely negative rumours during his medical sojourn in the United Kingdom, came back looking younger and more boisterous. So not unsurprisingly, his return triggered several conspiracy theories: is this really the sick Buhari that we were told was brain-dead or are we being fooled? Some of the theories to explain the ‘new’, younger and more boisterous Buhari included that he was being propped up daily with heavy dosage of steroids and that the ‘new’ Buhari is actually a man called Jubrin from Sudan, not the Buhari who was elected President in 2015.

The ‘Buhari is Jubrin’ narrative has echoes from the ‘Birther Movement’ in the United States. During Obama’s campaign for the US presidency in 2008 (and even throughout his presidency), there were several efforts to de-legitimize his candidacy and presidency respectively by groups who falsely claimed that he was not a ‘natural born’ American as demanded by Article 2 of the country’s constitution, and therefore was not qualified to run for the presidency of the country in the first place. The ‘conspiracy theories’ promoted by the Birther Movement’ ranged from allegations that Obama’s published birth certificate was a forgery to suggestions that his actual birthplace was not Hawaii but Kenya. Other allegations included that Obama became a citizen of Indonesia as a child (and therefore lost his US citizenship in the process) and that he was born a dual citizen (British and American) and hence not a natural born as defined by Article 2 of the US constitution. Some of the Birthers even went to court to get a ruling that would declare Obama ineligible for the office he was seeking (and eventually held for eight years) or wanted the courts to grant them access to certain records which they argued would help them to prove their case against Obama. All their efforts failed. I will not be surprised if the ‘Buhari is Jubrin’ narrative gets to court, if not for anything, to further dramatize it.

It is instructive that despite the fact that Obama released his official Hawaiian birth certificate before the 2008 election and also released a certified true copy of his original Certificate of Live Birth in April 2011 (and equally released contemporaneous birth announcements published in Hawaii newspapers), polls conducted as late as 2010 (before the April 11 release) suggested that at least 25 per cent of adult Americans said they doubted Obama’s US birth. Mitchell Obama, in her recently released biography, Becoming, was quoted as saying that she would never forgive President Trump for being one of the brains behind the Birther movement. That will tell us how much such a campaign got to them and how much it impacted on the Obama presidency.

Are people simply stupid or gullible to believe stories such as the ‘Buhari is Jubrin’ narrative? Not really. While for many it is just a satire – something that adds colour and suspense to the whole political process – there are quite some who actually believe in the story, or at least not sure what to believe any more – because history is littered with stories of grand deceptions, including unimaginable political decoys. Consider the following:

In the UK in the 1950s, one ‘Dr Carl Kuon Suo’ was peddling a manuscript called Third Eye. Just before the manuscript was published by Secker & Warburg in 1956, its author changed his name to Tuesday Lobsang Rampa. In the book, which turned out to be an instant best seller globally, the author claimed to have been a lama (a teacher of the Dharma in Tibetan Buddhism) in Tibet and narrated a purported experience of growing up in a monastery there from the age of seven. Dr Rampa also claimed that during that period a small hole was drilled into his forehead, which aroused his ‘third’ (or ‘inner’) eye, giving him very strong powers of clairvoyance.

The spirit of critical inquiry forced Heinrich Harrer, an Austrian mountaineer and Tibetologist, to hire a private detective, Clifford Burgess, to investigate Dr Rampa and his claims. The detective was able to unmask Dr Rampa as Cyril Henry Hoskin, an Englishman who was born in Devon, and whose father was a plumber. It was also found that contrary to claims in the book Mr Hoskin had never been to Tibet and spoke no Tibetan. Caught red-handed, Dr Rampa did not deny that he had been born as Cyril Hoskin but claimed that his body was now occupied by the spirit of Lobsang Rampa. Curiously as an undergraduate in Nigeria in the 1980s, Lobsang Rampa’s Third Eye was a sort of fashion accessory to a certain category of students who claimed to be seeking spiritual enlightenment. And this was some thirty years after ‘Lobsang Rampa’ had been unmasked as a fraud in Europe!

Political decoy (also known as doppelganger) are also not uncommon forms of deception. For instance Joe R Reed, an undersecretary for the US Army from 1993 to 1997 was reported to have claimed that a number of figures around the world – including Manuel Noriega of Panama, Fidel Castro and George W Bush – have or have had decoys. Of Noreiga’s alleged four decoys Reeds reportedly said: “They were good. They practised his gait, his manner of speech and his modus operandi – what he did during the day and night.” It was also rumoured that the Russian strong man Josef Stalin had a ‘twin’, Felix Dadaev who replaced him during certain situations. It is claimed that Dadaev in 2008, at the age of 88, eventually confessed to being one of four impersonators of Stalin. In essence, it is not beneath politicians to play games of illusions with the masses.

For Buhari’s political opponents the aim of playing up the ‘Buhari is Jubrin’ story is simple: if the Buhari that is in office now is not the same Buhari that was voted to office, and if in fact the person we call our President is a Sudanese, then there are legal and legitimacy questions about the ‘new’ Buhari’s right to rule. Even if they do not succeed in removing him from office on the basis of such a narrative (as they are most unlikely to be able to do), it is part of de-legitimating his candidacy for the 2019 election.

Buhari’s handlers have generally dismissed the ‘Buhari is Jubrin’ story as a non-issue that is not worth being dignified with a response. I feel such a strategy is wrong. For as long as such a story raises doubts in the minds of some people, it can be said to be succeeding. As pointed above, in the US, despite the papers presented by Obama to rebut the conspiracy theories from the Birther Movement, polls showed in 2010 that as many as 25 per cent of adult Americans believed in one or more versions of the conspiracy theories. You will then imagine how many people would have believed such if Obama had simply ignored the Birther Movement and their ‘weird’ theories.

I believe it is not enough for Buhari’s handlers in particular and the APC in general to dismiss the ‘Buhari is Jubrin’ story with a wave of the hand. I feel they ought to have rebutted it strongly. Though rebuttals will never be able to convince everyone, it would have stemmed the spread such that the story would not have gained as much traction as it has done today. I believe the APC made similar mistakes in the run-up to the 2015 election when several negative stories about Buhari were circulating and gaining ground, and rather than strongly rebut such stories with counter-narratives, the party resorted to grandstanding and threats only to turn round to accuse people of being ‘Buhari haters’ when such negative stories had been allowed to gain ground and acquire the toga of truth. There is a reason politics is called war without bloodshed or ‘the art of the possible’. Only those who can take the heat dare get into the political kitchen. You don’t stand akimbo and believe your candidate will be spared from political missiles because of his assumed integrity. Campaign strategy 101 is that you never allow your opponent’s negative definition of you to stick. Politicians will normally deliberately put up fake news or alternative facts or lie with statistics – just to put their opponents in the defence and gain momentary political mileage. It is all allowed in politics. And if you cannot effectively and convincingly rebut any of such charges, it becomes part of the truths held against your candidate.