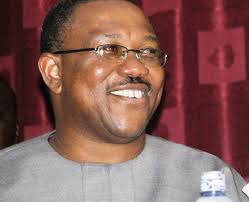 The Peoples Democratic Party Presidential Campaign Organisation has condemned what it says is the stoppage of transactions on all accounts belonging to the party's Vice-Presidential candidate, Mr Peter Obi, his wife, his family members and their businesses by agencies of the federal government.

In a statement by the Director, Media, and Publicity of the PDP's Presidential Campaign Organisation, Mr Kola Ologbondiyan, the PDP alleged that since his nomination as the party's vice-presidential candidate, Mr Obi has been receiving all manners of threats and blackmail.

“Having realised that the majority of Nigerians are rallying behind the duo of Atiku Abubakar and Peter Obi as our presidential and vice-presidential candidates respectively, the Buhari Presidency and the All Progressives Congress (APC) have resorted to all manners of machinations, including smear campaigns and direct attacks on their persons and business concerns, in a bid to run them down,” the statement read in part.

According to the PDP, efforts to tarnish the image of Mr Obi will not succeed and will be seen by Nigerians as diversionary.

“All discerning Nigerians know that the reasons for an investigation on a man like Peter Obi, is a journey to nowhere but is aimed at stifling him of funds as well as attempt to distract our campaign and divert attention from the failures of the Buhari administration,” it said.

The PDP believes the development is because the Presidency is “intimidated by Peter Obi's resume, particularly, his general acceptance as epitome of fiscal responsibility, frugality and transparency in governance”.

“Otherwise, why is the Presidency on a wild goose chase in investigating Peter Obi, who left office as Governor of Anambra state five years ago with a nationally acclaimed clean record, intact reputation for frugality, transparency, zero tolerance for corruption and leaving behind a huge saving of N75 billion naira in cash and investments; without owing any salaries, pensions, gratuities or even contractors for contracts executed?” the opposition party asked. EFCC Reacts

When asked if the Economic and Financial Crimes Commission (EFCC) had frozen the accounts of Mr Obi, and his family members and businesses as alleged, the spokesperson of the EFCC, Mr Tony Orilade, distanced the agency from the allegation.

Mr Orilade in distancing the anti-graft agency from the claims said nobody should cry wolf where none exits.