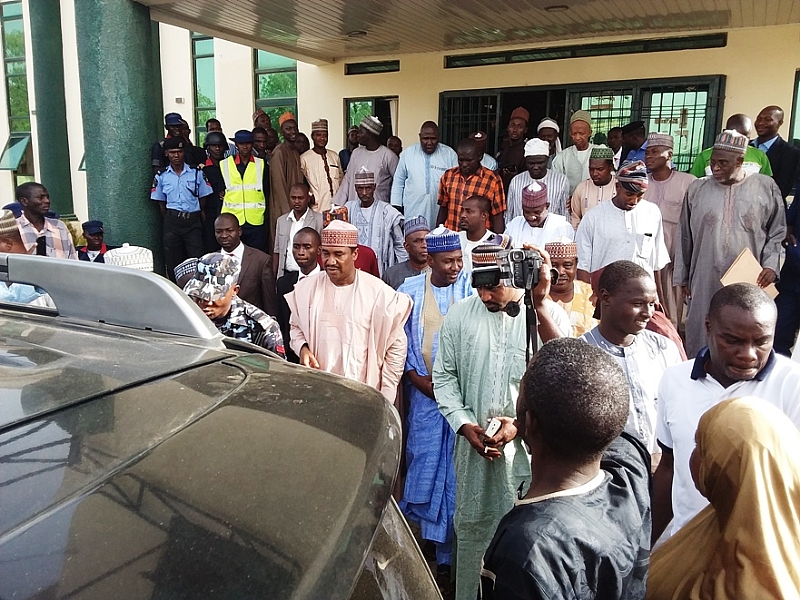 Justice Babagana Ashgar of the Federal High Court sitting in Katsina has adjourned to tomorrow April 24, 2018 for the ruling on an application filed by a former governor of Katsina State, Ibrahim Shema challenging the competence of the charge filed against him by the Economic and Financial Crimes Commission and jurisdiction of court to try him.

The Judge had earlier ruled against an application by the former governor, through his counsel, E.C Ukala, SAN, challenging the authority of the lead prosecuting counsel, Lateef Fagbemi SAN to appear in the matter.

After the ruling was delivered in favour of the prosecution, the defence counsel raised the issue of jurisdiction. The learned silk argued that the court lacks the jurisdiction to try the matter, while at the same time questioning the competence of the charge.

Lateef Fagbemi, SAN on the other hand urged the court to direct the defendant to enter the dock and take his plea since the court had affirmed his competence to prosecute the matter.

Ukala SAN, however countered that until his application on jurisdiction has been taken and determined, his client cannot be arraigned. He argued that, a�?when issue of jurisdiction is raised during a criminal matter, the defendant does not even need to be present in court until that issue is heard and determined one way or the othera�?.

After listening to the arguments of the learned counsel, Justice Ashgar adjourned the matter to April 24 for ruling.

Shema was set to be arraigned today, April 23, by the EFCC for allegedly laundering the sum of N5,776,552,396 (Five Billion, Seven Hundred and Seventy Six Million, Five Hundred and Fifty Two Thousand, Three Hundred and Ninety Six Naira Only) from the account of SURE-P Katsina State.