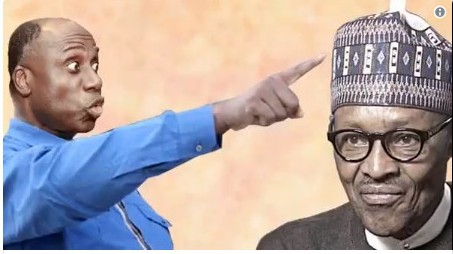 Says he can’t live in Gwarimpa or Utako…..Discloses the Countries Where His Children Are Schooling

The Minister of Transportation, Chibuike Amaechi has attested to insecurity in the present administration of President Muhammadu Buhari.

Amaechi, in an audio tape shared by the former aide to ex-President Goodluck Jonathan, Reno Omokri, said his monthly salary is not enough for him to pay for accommodation in secured areas in Abuja.

Amaechi, who alleged in the video that his party, the All Progressives Congress, APC, was taking N100,000 from his N960, 000 salary, said he cannot live in Gwarimpa or Utoko, where, according to him, armed robbers could easily attack him.

“It will not pay any of their fees. Out of that [money] three hundred thousand is for accommodation per month. Multiply by 12 is N4 million per… where? You want me to go and live in Gwarimpa so that armed robbers will visit there? or Utako?”

Listen To The Audio:

BOMBSHELL: #AmaechiTapes Part 4 LISTEN and SHARE as Rotimi @ChibuikeAmaechi confesses and complains of how @OfficialAPCNg illegally deducts from his salary contradicting @MBuhari’s claim that government money is not being used to fund his campaign. LISTEN, COMMENT and RETWEET pic.twitter.com/iN3lmC224D