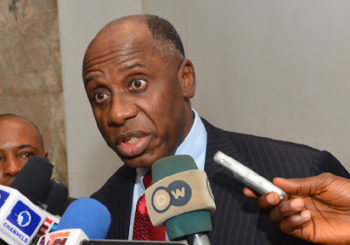 The Minister of Transportation, Rotimi Amaechi, has described as embarrassing the delay by the China Civil Engineering and Construction Corporation’s (CCECC) in completing the 10 railway stations along Lagos-Ibadan standard guage rail line.

Amaechi made the remarks on Friday at the Abeokuta rail station under construction, during the monthly inspection of a structural engineering service to ensure that everything is running smoothly.

According to him, CCECC, the contractor handling the 156km rail line, has reduced the pace of work between the last two inspections in November and December.

Amaechi, who expressed displeasure over the work pace at Agbado, Kajola, Papalanto and Abeokuta’s railways stations, said the contractor had promised to finish the stations within three months.

The minister, who insisted that the stations should be completed by the end of January 2020, urged the contractor to engage workers who were ready to work.

According to him, all reasons the contractor is not moving forward as expected must be tackled to ensure delivery of the stations as soon as possible.

He said that block work, flooring, plastering and pipe laying should have moved forward than the stage they were.

Amaechi urged the contractor not to wait until April when the project was expected to be inaugurated before completing them.

He said three years after the inauguration of the Abuja-Kaduna standard gauge rail line, the contractor was still at the site working on power.

According to him, Ibadan-Kano standard gauge rail line was billed for commencement in 2020, so all the projects comprising track laying, stations, power should be taken at the same time.