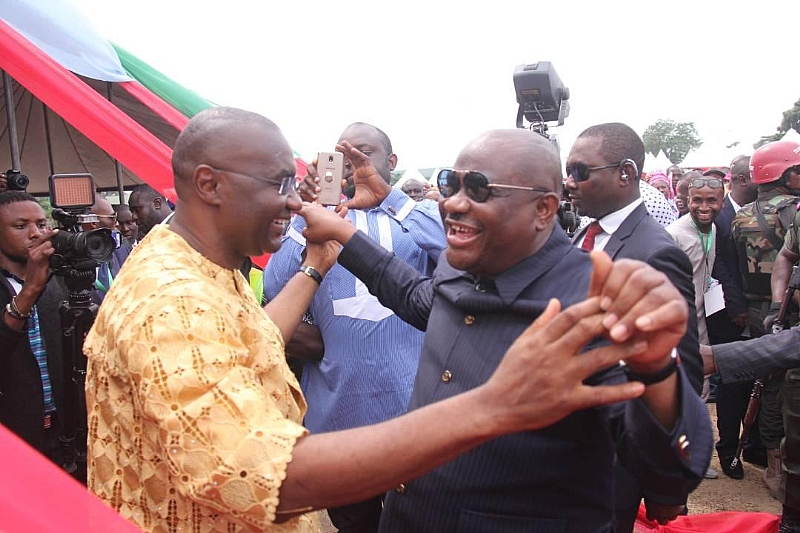 Minister of Transportation and Director-General of President Buhari 2019 Campaign Organisation, Rt. Hon. Chibuike Rotimi Amaechi is accusing the Peoples Democratic Party (PDP) governor of Rivers State, Nyesom Wike and the All Progressives Congress (APC) Senator, representing Rivers South-East in the Senate, Magnus Abe of conniving and conspiring to disparage and defame him.

Amaechi, who is the immediate past governor of Rivers State and the leader of the APC in Rivers State and the South-South says the duo of Abe and Wike are plotting to use his former cabinet members to tell fake, concocted and distorted stories to the media that are meant to denigrate him, impugn his unblemished integrity and paint a very terrible image of him to members of the public.

In a statement released by his Media Office, Friday, the Minister claimed that the plot is already far-gone and persons are been coached on what to say and how to say it.

The statement read:
“I am aware that two former commissioners who served in the State Executive Council when I was governor have been procured by Wike and Abe, jointly and collaboratively, to carry out this hatchet job of ‘hack Amaechi down’ campaign. The plan is to throw as much dirt at me as possible and rubbish my image.

“While one is been coached in Rivers State Government House of what to say to the Press and how to say it, to do maximum damage; the other one is busy distorting, concocting and fabricating fake screenshots, text messages, documents and all sorts in Senator Abe’s Freedom House campaign office in Port Harcourt; that they intend to release to the media to tarnish my image.”

“I want to alert the media and members of the public of the smear plot by these two political collaborators (Wike and Abe), to unjustly discredit and smear me for their selfish political reasons.”

Amaechi noted that he would not be distracted by any cheap, fake smear campaign of calumny against him, while urging Rivers people to pay no heed to the desperate attention-seeking duo of Wike and Abe and all of their fabricated lies, but focus on the goal of ensuring that Rivers State gets a better leader that would turn around the fortune of the State and its people for good, come 2019.

He insisted that no amount of sabotage and fake stories will deter him and all genuine APC members, supporters and Rivers people from changing and voting out the inept government in Rivers State, next year.