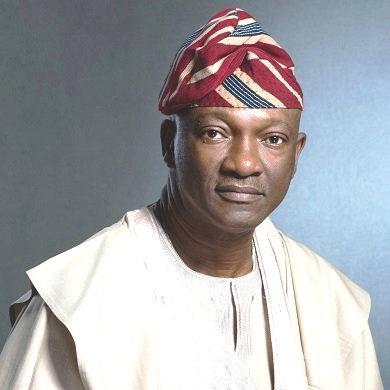 The Lagos State chapter of the Peoples Democratic Party and its governorship candidate, Mr. Jimi Agbaje, have hailed the defection of the Commissioner for Energy and Mineral Resources, Mr. Wasiu Oluwo, to the PDP.

In separate statements, the PDP and Agbaje said the decision of the commissioner to resign his position and his membership of the All Progressives Congress was due to the failure of the ruling party.

In a statement titled, ‘Babylon is Falling’, Agbaje said the APC would continue to fail and crumble.

He said, “Babylon is falling! APC is crumbling. The commissioner has displayed uncommon courage by the decision. He is a good example for others to follow as this empire begins to fall to pieces.

“I am gladdened by the news of my brother’s defection to the PDP. Indeed, it is a welcome development which must be lauded and applauded by all lovers of freedom and democracy. By this singular gesture, Oluwo has counted himself worthy as a man of integrity.

“I look forward to teaming up with him to liberate our dear state from the shackles of bad governance and corruption.”

Punch reports that Agbaje further urged all stakeholders in the state to join him in the task of liberating the state from the stranglehold of predatory vested interests who had in the last 19 years held the state to ransom.

“I am using this opportunity to all stakeholders in the state, particularly my brothers and sisters in the APC to toe the path of honour, and join us to rescue our state from the vice grips of a vested cabal that has arrested its development in the last 20 years,” he said.

In a separate statement, the PDP Publicity Secretary in the state, Mr. Taofik Gani, said Oluwo would be remembered for his noble gesture.

The statement read in part, “He has taken a political step never to be regretted. We encourage all remaining true democrats to join the PDP now. Lagos has been in bondage of a unipolar rule and control.

“Indeed with all that can be conceded to Ambode as due performances, he was denied a second term on the selfish, flimsy, vindictive excuse that he refused to fund the APC chieftains. Our emphasis here is that the APC is desperately holding onto Lagos State to enrich the chieftains directly or by bogus contracts awarded.

“We call on the Lagos electorate to join this revolution to free Lagos. We stand on our honour and before God to pledge that Lagos internally generated revenue shall be wholesomely spent for Lagos.”

2019: The Generals that Buhari Must Overcome

7 thoughts on “Ambode’s commissioner Defects to PDP. It shows ‘Babylon is falling’ – Agbaje”