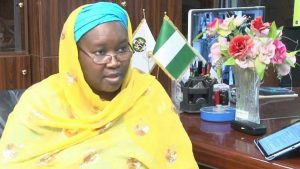 Our politicians are past masters at weaving conspiracy theories. These theories are fuelled by fear and desperation. The fear of losing an election and the desperation to win. When they are assailed by these monstrous fears, they look for someone to blame well in advance of the elections. Thus, if they lose they can turn around and say, I told you so.

All our electoral umpires, by whatever name they were/are called, have always been the favourite whipping agency because they, by nature, are vulnerable to these indigestible theories and virtual black mail. One good reason is that the commission is funded by the state whose purse is controlled by the president. An election pits the president and his party against other parties and their candidates. It needs no hard-headed thinking to arrive at a conclusion not supported by empirical evidence, to wit, the piper must necessarily take his tune from his payer.

INEC officials must be used to this game by now. Still, I am sure it must hurt these men and women doing an honest job in difficult circumstances but whose honesty and integrity are being called to question by politicians who tend to see the snarl of the wolf in the smile of every creature they suspect of being unfriendly.

One consequence of this is that controversies are contrived and given life by rousing the rabble. In these days of the ubiquity of the social media, the rabbles are not out on the streets. They are in their homes and offices with their fingers on the keyboards of their computers and smart phones, busy aiding and abetting the politicians in spreading the conspiracy theories and lies calculated to put the electoral umpire on the spot. These lies do not just damage individuals and the commission, they also damage our country. Each lie, no matter how fantastic it might be, tends to support what the rest of the world has always suspected: our elections are not to be believed because they are rigged before, during and after elections.

The latest contrived controversy is the posting of the INEC commissioner, Mrs Amina Zakari, as head of the commission’s committee on the collation centre. PDP, the main opposition party leading a motley crowd of mushroom parties, immediately saw the red flag and where this administrative assignment within the commission would allegedly lead: rigging, of course.

The publicity secretary of the party, Kola Ologbondiyan, called the press in Abuja to announce that his party rejected the assignment because of her ‘blood relationship’ with President Buhari. He cast it in a larger context by positing, according to The Guardian of January 4, that it was “a step towards destroying the future of democracy in Nigeria.” He said the appointment was “apparently in furtherance of the plots to rig the presidential election.” These are weighty charges and allegations hatched entirely in the fertile imagination of the party and its spokesman. As the Indian would say, a thousand pities.

Some other political parties, individuals and groups, including the Atiku Abubakar campaign organisation, have taken up and expanded, as they are wont to do, the conspiracy theory represented by this innocuous assignment that has nothing to do with the conduct of the elections and their outcome. Conspiracy theories are easy to weave because a) no one needs to prove them and b) they survive on emotions. Their capacity for damaging reputations and integrity are enormous. They are not just theories; they are also calculated black mail tactics that never fail to gain some traction in the public space among the enlightened and the unenlightened alike.

The suggestion that because Mrs Zakari is an alleged blood relation of the president she has been put in her new position to help the president win the presidential election is vicious. But hey, politics is a vicious game. It is the only business in which conscience is suspended because it interferes with reason. The fact that both the commission and the presidency have denied that she is Buhari’s blood relation has made no difference to those who find it both convenient and necessary to hold on to it in the firm belief that if the commission’s integrity is sufficiently battered before the elections, the elections would be in want of credibility. How ugly.

Still, if we allow the conspiracy theory to becloud our collective reasoning we would all be complicit in the purely political attempt to damage our electoral umpire and the credibility of our elections. In her new position, is Mrs Zakari in a position to change or manipulate the election results? INEC gave a full and satisfactory answer to that question. Her duty is to ensure that the logistics at the collation centre are managed properly so there are no hitches. She would, in no way, be connected with the results of the election. But is anyone listening to that?

No one has questioned her qualification, honesty and competence for the job. I think those should matter more than the baseless fear that she could manipulate the election results. She was an INEC commissioner when Buhari lost the 2011 presidential election. Is there a record anywhere that she tried to manipulate the results in his favour and failed? If there is, let us see it.

The man who has my commiseration in all this is the INEC chairman, Professor Mahmoud Yakubu. I attended the Realnews annual lecture last November. Yakubu was the guest speaker. He gave a full and impressive report of the efforts the commission has made so far under his watch to make our elections credible and acceptable to winners and losers as well as the international community. The commission put some of these new policies to the test in the governorship elections it conducted in Osun, Ekiti as well as some bye-elections in various parts of the country. They made a difference to what used to be. And that is important, very important. Yakubu is passionate about fair, free and credible elections just as he is passionate about his legacy at the commission at the end of the day. He wants to do an honest job for the sake of our country. He must be allowed to do so. I am sure he must find this contrived controversy painful, very painful.

As a senior journalist, I have had the privilege of attending media briefings by the various chairmen of the various electoral commissions since the Babangida transition to civil rule programme. These were all men with the ambition to prove themselves. Some of them were brought low not by their incompetence or lack of commitment but by manipulative political forces beyond their control. I can think of none among them with Yakubu’s measured zeal and courage to make his tenure at the commission the watershed in the conduct of our elections. He has registered more eligible voters, some 84,004,084, than any other chairman of the commission. He did it without controversy and with a scrupulous adherence to the law and the rule of law. A man this committed should be encouraged, not besmirched with political stupidities. It is just so sad that in a nation of crooked men and women an upright man or woman sticks out like an aberration.

We need to make three important points about this unnecessary controversy. One, the decisions of the commission as to how it conducts its affairs are not subject to the approval of the political parties. The assumed right of the parties to dictate to the commission simply blows in the wind.

Two, controversies do not win elections. The opposition parties would do well to remember that. Stirring up controversies would not translate into their electoral fortunes. It would only poison the atmosphere before, during and after the elections. The sooner they abandon this unproductive pre-occupation the better it might be for them and the country.

Three, the fear of losing an election to rigging is real. But elections are rigged by politicians and their political parties, not by the electoral commission. Only this week Yakubu alerted the nation to the fact that the politicians are buying permanent voters’ cards from potential voters. It is the politicians who have introduced cash for votes at polling stations. No chairman of the collation centre has ever been found to be complicit in this.

Let me repeat what I have said repeatedly in this column. Yakubu and his INEC team are ready to deliver on their promise for free, fair and credible elections. But the politicians are not ready. If they are looking for suspected election riggers, I advise them to look in the mirror.

Originally published in The Guardian

87 thoughts on “Amina Zakari and the conspiracy theory, by Dan Agbese”