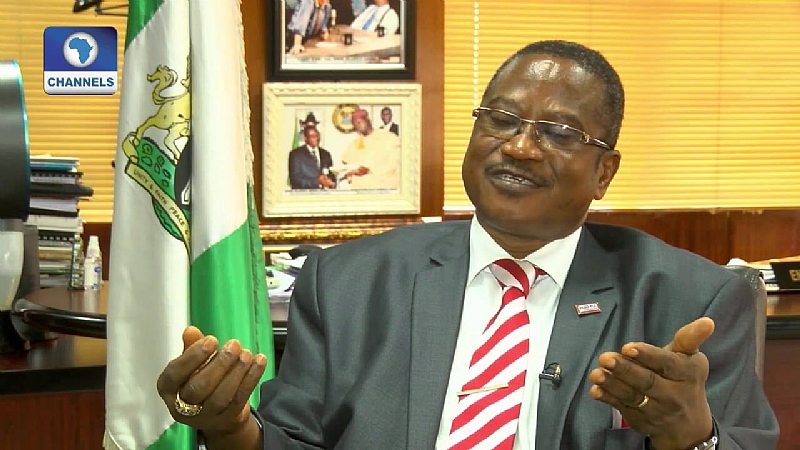 Mr Oladele Amoda, the Managing Director, Eko Electricity Distribution Company (EKEDP) Plc has bows out after 35-years service, commended management for their support and huge investment committed towards the growth of the company.

Amoda gave the commendation during the official handing over ceremony in Lagos to the new MD/CEO Mr Adeoye Fadeyibi.

The outgoing managing director in his remarks commended the Board of Directors of EKEDP for their trust and support given to him to steer the ship of the company to enviable position, adding that Eko disco has been the flagship of discos in Nigeria.

According to him, “after my 35 meritorious years of service to my Nigerian fatherland, l believe it is time for me to bow out to rest and play an advisory role in the power sector and also mentor the young ones”.

“ I thank God for my life and thank the owners of Eko disco for their confidence and trust in my ability to lead the company since Nov. 1, 2013 when it was officially privitised.

“I equally thank the entire workforce of EKEDC for their commitment and dedication to services. I would not have achieved this landmark, if not for their support and commitment to the company ,’’ he said.

Amoda said that it has been a challenging period for the power sector and distribution companies in general but with the support of the Board of Directors who invested their fund, it makes it possible to recorded massive success on effective service delivery.

He, however assured that he will make himself available to the company whenever they need his attention and advisory role.

Amoda’s remarkable life-journey, which takes the reader from his birth in the town of Isara, in Nigeria’s Ogun State, in 1956, through his education in Nigerian and American universities.

His service in the nation’s electric power supply industry since 1983 has seen him play a key role in the transition of the former power monopoly, National Electric Power Authority (NEPA) to its eventual unbundling under the aegis of the Power Holding Company of Nigeria (PHCN).

Amoda’s successor, Mr Adeoye Fadeyibi commended Amoda for his contribution to the development of the company, adding he will build on the success of Amoda to take EKEDC to the next level.

Fadeyibi said that the company will begin to see a more vigorous fight against energy theft and other practices militating against the fulfillment of the company’s mandate.

According to the managing director, it is a thing of big concern that whilst we toil day and night to continuously improve on our operations and services, some unpatriotic individuals are engaging in the condemnable act of energy theft and meter by-pass.

“Our advice to such people is straightforward and simple.

“Change your ways or get disgraced or we will explore all legal options, including prosecution and naming and shaming in the media, to bring such saboteurs of our efforts to book.

“Let it be known that though the leadership of the Eko Disco has changed, the business, the market and our products remain the same, just like our goals,’’ he said.

Fadeyibi said that he would ensure that the right people are put in the right roles and equipped with the right tools, in order for the company to effectively meet the expectations of its customers.

“No business thrives when key players work without clear-cut direction about their destination.

“This is why we must set standards for all functions and roles, so we can know how we are faring in the realisation of our set goals.

“Our goal is to create more and more inclusive leaders and individuals that go above and beyond towards the realisation of our corporate goals.

“For business profitability to be attained, we must plan together, move together and succeed together,’’ he said.

The EKEDC boss promised to ensure regular supply of electricity in its operational territory.

“I will work to ensure we achieve low level of Aggregate Technical and Commercial (AT&C) losses,’’ he added.

Fadeyibi before his appointment as the MD/CEO of Eko Disco, has served as the Chief Executive Officer of Transcorp Ughelli Power Limited and has deep and varied experience in power generation with core expertise in gas turbine technology, design, installation and commissioning, operations and maintenance and power plant services.

He completed the Lean six sgma training and participated in the first lean process for power services.

He has a degree in Mechanical Engineering from New York State University and has attended several technical and management trainings from the General Electric Power Systems University and Management Learning Programs.

One thought on “Amoda bows out, commends EKEDC’s management investment ”