Amosun, Sani, Others Lose Out as APC Submits Candidates’ List to INEC

Amosun, Sani, Others Lose Out as APC Submits Candidates’ List to INEC 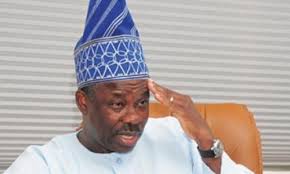 The Independent National Electoral Commission (INEC) thursday made good its resolve not to extend the deadline for the submission of political parties' lists of candidates for the presidential and National Assembly elections scheduled for the first quarter of next year as it ended the exercise last night.

The International Conference Center (ICC), Abuja, which the electoral body used as the collection centre was full of activities as political parties' officials made frantic efforts to beat the deadline.

THISDAY gathered at press time that 84 parties had submitted their lists.

For the All Progressives Congress (APC) that was plagued by large scale disputes following its primaries, it was judgement day for the protesters as the party decided on whom to allot its tickets.

The party, said the National Publicity Secretary, Mr. Lanre Isa-Onilu, fielded candidates for all the states, including Zamfara, which INEC had said would not be allowed to present candidates because its primaries were not conducted within the stipulated time by the electoral body.

“We submitted applications for all the positions in all the states, including Zamfara,” he told THISDAY on phone last night, adding, that he could not give details of the list for the state.

Many heavyweights fell by the way side as their wishes were not met.

Ogun State Governor, Senator Ibikunle Amosun, was met half way by the party as he got his senatorial ticket while his preferred governorship candidate, Mr. Adekunle Akinlade, lost out to Chief Dapo Abiodun. The party's appeals committee threw out Akinlade's petition against Abiodun's nomination.

In Plateau State, former deputy governor of the state, Mrs. Pauline Tallen, who was also a former minister, lost her bid to pick up a senatorial ticket.

In Kaduna State, although the appeals committee upheld the nomination of Senator Shehu Sani as saved by the National Working Committee (NWC), THISDAY sources said his name was eventually not on the list submitted to INEC by the party.

The appeal panel also dismissed the petition written against the emergence of Mr. Tonye Cole as the APC's gubernatorial candidate in Rivers State.

This meant that Senator Magnus Abe would have to wait a bit to realise his ambition to govern the state.

THISDAY also gathered from a source that was privy to the decisions reached by appeals panel, which submitted its report to the NWC on Monday, that it upheld the candidacy of Mr. Uche Nwosu, the son-in-law of Imo State Governor, Chief Rochas Okorocha.

An intriguing verdict was the decision of the appeal panel to uphold the choice of Senator Shehu Sani as the candidate of the party for the Kaduna Central Senatorial District.

In its report, the appeal panel said it held that the primary conducted by the electoral panel for Kaduna was done in contempt of a court order, adding that the only aspirant cleared by the party to contest the election was Sani.

Yet, THISDAY reliably learnt, Sani's name did not make the party's list.

A reliable information on the report of the APC's appeal panel showed that the Minister of Niger Delta Affairs, Mr. Uguru Usani, was a loser in the highly intricate struggle for the governorship ticket of the APC in Cross River State, losing his appeal against Senator John Eno.

The appeals committee, which considered petitions from the aspirants for the various offices, rejected many of the petitions while upholding the results of the primaries in the various states.

Among other big losers who also lost out in the governorship race according to the committee's report include a brother to the wife of the president, Aisha Buhari, Alhaji Mahmoud Halilu, popularly known as Modi, and President of the Trade Union Congress of Nigeria (TUC) Bala Bobboi Kaigama.

There was tension within the national headquarters of the party as aspirants for the Senate and House of Representatives besieged it to know the outcome of the screening and probably the list of candidates sent to INEC by the party.

The leadership of the APC had made the list of candidates a top secret and would not even let those who lost at appeals level know their fate until the last day of submission.

However, the party's Director of Organisation, Alhaji Abubakar Kari, finally got out along with some officials of the party in a bus about 2p.m. to submit the list to INEC.

THISDAY gathered from some aggrieved aspirants that there was a directive to secretariat staff not to acknowledge petitions from some of them, claiming that their cases were not attended to by the committee.

Another source told THISDAY that several of the petitions submitted to the appeals panel were either not entertained or dismissed for lacking in substance and that this had not gone down well with many of those whose petitions were not entertained.

THISDAY gathered that in all, 84 parties submitted the list of their candidates as at the time of filing in this report.

The INEC had on several occasions said there would not be any extension to the deadline for the submission of list of candidates for both the National Assembly and presidential elections.

“The last day for the submission of lists of their sponsored candidates (Form CFOO2) and personal particulars (Form CF001) remains 18th of October 2018 for Presidential and National Assembly, and November 2 for Governorship and State Houses of Assembly,” it had said.

Nevertheless, the delay in the submission of the list of candidates by political parties, it was learnt was because parties were waiting to reap from the fallout from the primaries conducted by major parties, hence, the delay.

According to an official of the YES party who preferred anonymity, “We can't blame INEC for not extending the date. We were waiting for the major parties to conduct their primaries and reap from the fall out. You can only make money from the sales of Expression of Interest and Nomination forms to run the party.”

To ensure smooth process in the submission of forms like THISDAY observed on Wednesday and yesterday, INEC gave party representatives tally, and were attended to turn by turn.

The electoral body assured that the last political party to obtain INEC tally before 12 midnight would be allowed to submit its forms.

While speaking to journalists, the presidential Candidate of the Zenith Labour Party, and former governor of Ondo State, Mr. Olusegun Mimiko, who was at the venue with the National Chairman of the party, Chief Dan Nwanyanwu, said that the party got tally 73 as at 5.30p.m.

Mimiko said the party was still within the time, while urging INEC to be transparent in the 2019 general elections, stressing that credible elections was the hallmark of democracy.

He revealed that he left the Labour Party where he first obtained his Presidential nomination form because of legal battle in the party.

Also, the National Chairman of the Young Progressives Party (YPP), Bishop Amakiri, who was still waiting to be called for submission of his party's forms, said that the delay in submission was to make sure that everything was properly done to avoid any mistake.

He, however, called for the extension of the submission by a month because of the number of registered political parties.

Amakiri said what was witnessed at the submission centre was a confirmation that INEC had expanded the scope.

On his part, the presidential candidate and National Chairman of the National Conscience Party (NCP), Dr. Yunusa Tanko, commended INEC on the arrangement put in place for collection.

Tanko, who was still waiting to submit with tally number 37, said that before people needed to hang around INEC office for submission, but with the large space now provided, all they needed to do was to get a tally and sit in a hall till when the tally number would be called.

Nwobodo is an institution, his coming back to PDP adds value – Obaze

Home Base, at the Threshold of Douglas House

113 thoughts on “Amosun, Sani, Others Lose Out as APC Submits Candidates' List to INEC”