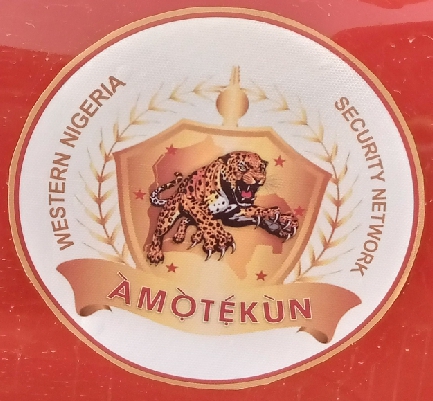 In the midst of the grandstanding, shenanigans, hullabaloos and controversy plaguing the Amotekun security initiative, one thing any keen observer should have noticed, is the impregnable unity of purpose amongst the Yorubas. All the stratas making up Odua nation are solidly behind the Amotekun Project. The governors put aside their partisan differences to bring this initiative to limelight. It is worthy of note that out of the six governors of Southwestern states, not even one has openly kicked against the outfit. It’s reassuring! a great sign of hope for southern Nigeria.

Mind you, five governors out of six are among leaders of the APC (ruling party), yet they didn’t allow their connection to the center jeopardize this timely idea to safeguard their people. I practically “fell in love” with Governor Rotimi Akeredolu of Ondo State after watching his brave and pragmatic analysis on Channels TV yesterday night. He did not mince words at all—he literally told AGF Abubakar Malami to “go to hell”.

In his capacity as chairman of South-West governors forum, he marshalled out his points like a passionate leader that knows his rights, privileges and responsibilities. As a renowned SAN, he made nonsense of Malami’s legal jargons. Femi Falana helped him on the program to flush it down the toilet. 😂 And let me remind you that Rotimi Akeredolu is a first term governor, who has re-election to face. What other indices of courage are you still looking for in a man? In fact, at this juncture, he has more to gain, politically, by standing by his people than aligning with the north in order to secure his second term mandate.

Afenifere and other socio-cultural groups in Yoruba land have rose in strong defence of Amotekun; calling the bluff of federal government. The Lagos/Ibadan Expressway media houses, under the firm control of the Yorubas have unleashed their media power in support of Amotekun. Influential columnists, opinion moulders, traditional rulers, and religious leaders of Yoruba extraction, have all thrown their weight behind Amotekun. Tell me how Fulani-controlled FG will not back-off? Yorubas just reaffirmed age-long philosophy that: there is strength in unity. No one, or group of people can enslave an indigenous people without their consent.

The Buharideens, Jagabantics of Yoruba land, who might not want to be openly identified with Amotekun project, for the gamble of 2023, are maintaining STRATEGIC silence. I call it “strategic” because AGF Malami and his Fulani hegemonic cabal in Abuja cannot force their illogical position down the throat of Yorubas, without the willing collaboration of traitors in their midst, slaving for the Caliphate. I salute the courage and unalloyed unity of Yorubas as regards Amotekun. You guys just won a war without a fight. The greatest wars are usually fought in the mind.

For the first time in a long period, a region unanimously stood up against arrogance of the north. Northern-controlled Presidency and its overbearing cabal, are not afraid of the local, though regional vigilante group called Amotekun, their nightmare is the unity of purpose and the audacious spirit behind the initiative. Not being able to recruit traitors—at least for now, that will kick against the project, amongst Yorubas, is the biggest vulnerability of the Fulani oligarchy today.

Nigerian Nation And The Future Of The Youths Part 2

Biafra’s US Suit and the Limits of Idiocy

9 thoughts on “Amotekun And The Unity Of Yorubas”