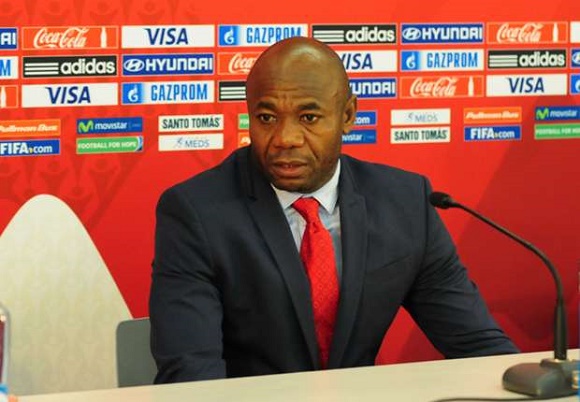 Former Nigeria International, Emmanuel Amuneke is confident that the Home Based Eagles led by Salisu Yusuf can win the 2018 CHAN Competition in Morocco after booking a place in the last eight of the competition.

Amuneke coached the Nigeria U-17 team from 2014 and 2017 and he recently took over the reins at Sudanese Club, Al Khartoum SC.

a�?I watched the Eagles matches and I am of the view that they were not at their best and yet they managed to get results that enabled them to top their group ahead of former champions Libya. I believe this team can go all the way with more efforts from the players,a�?

The Former African Footballer of the year also hailed the quality of Football on parade by the various teams in Morocco.

a�?I am also impressed with the standard of play in this tournament. All the teams have shown remarkable improvement and I wona��t be surprised if some players from this tournament make their countrya��s World Cup squads.a�?

Nigeria finished as the Group winner with 7 points followed by Libya with 6 points, while Rwanda ended their CHAN campaign with 4 points, Equatorial Guinea finished bottom of the group without winning any point.

‘Most significant down we’ve had for a long time’