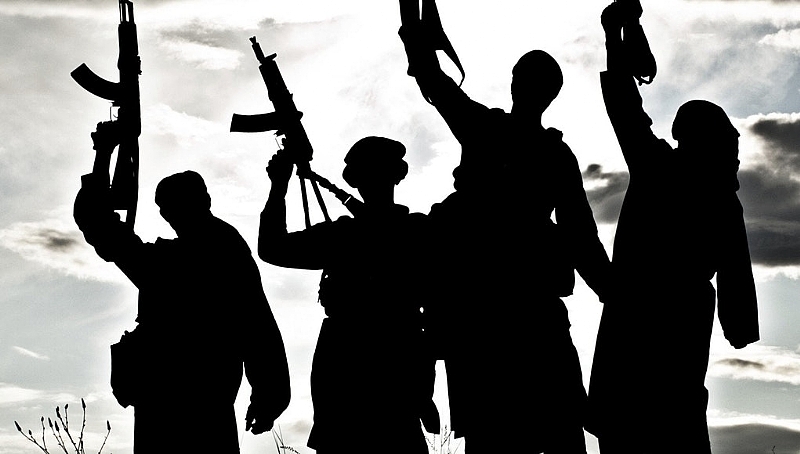 The Global Terrorism Index 2018 is out. The annual report, published since 2000 by the Institute for Economics and Peace (IEP), monitors trends in terrorism worldwide. Since the 2018 edition was published there has been a flurry of interest around it. Whether this interest is to adapt the report for good or evil purposes is up to a lot of factors, especially the agenda of the interested party.

A first layer of interest is the media, which in the digital age now includes bloggers, social media handles and online platforms. The concern of this group is to grab attention irrespective of the cost of doing so to society.

The more negative and dismal the more people are likely to pick interest in reading the story, which translates into audiences sizes, readership, number of hits and other parameters that make bad news into good news for the bottom-line of any news organization. It was therefore no surprise that the predominant trend in the headlines is that Nigeria retained a third position on the index.

If the local news media and bloggers had to sell headlines their international counterparts are after validation. They had been putting out stories that create the impression that Nigeria is one expansive graveyard, where citizens die several times over on daily basis from terror attacks. They will now be able to point to the Global Terrorism Index 2018 to validate their several stories about an unstable Nigeria. Interestingly, these stories from the international media form a chunk of the inputs that went into producing the Index. So the entire process is one self-replicating gig.

Of course there are the opposition activists that are celebrating Nigeria’s retention of slot number three as justification for whatever verbal and media attacks they had launched against the government of the day, including see the report as redemption for the instances in which the more extreme ones among them passively or actively supported terrorists against the state so that they have something to accuse the government of not doing enough to provide security.

Client states will also incorporate the Index in their assessment of countries. Whenever they need to get at the authorities in Nigeria is a matter of riding on the Index to issue ‘travel advisory’ that tells their nationals that the country is unsafe as a travel destination. In the past, such advisories have negatively impacted Nigeria – dampen investors’ confidence thereby contributing to poverty, which in turn fuels terrorism. The client nations that would exploit the index do so not for the benefit of Nigeria but to advance their own causes.

The ultimate winner in the Index are the terrorists, who it stopped short of romanticizing, the crimes they commit against human existence are veneered to appear like legitimate acts. The woes of hapless citizens in the affected areas could worsen as the terrorists would share the document with their members and hold some sort of SWOT design thinking sessions. What better gift can come the way of avowed killers other than a document put together by persons reputed to be expert asserting them to be among the leading killer groups on the planet?

The Nigerian Military, specifically the Army, more than the federal government. Is left looking bad in the equation. In reality the Global Terrorism Index 2018 Nigerian admitted that the Army has performed well in the period under review: “Total deaths from terrorism in Nigeria fell to 1,532 in 2017, a decrease of 16 per cent from the prior year. The decline follows the 63 per cent drop in deaths in Nigeria in the preceding year, and a 34 per cent drop in 2015. This highlights the effectiveness of the counter-insurgency operations undertaken in Nigeria and its neighbours, Cameroon, Niger and Chad,” the report said.

Yet the subjective reporting and interpretation of the Index has created the impression that the fight against insurgency has been lost even when the document is replete with several instances that acknowledged what the Army has achieved in conjunction with the other military services in degrading Boko Haram to the level admitted by the Global Terrorism Index. The temptation to join those bad mouthing the Nigerian Military may be high but one must give kudos to the Armed Forces for pushing back against the spread of terrorism and sustaining the war against Boko Haram. If not for these efforts the country would have gone into extinction by now.

Notwithstanding, it is important to put the statistics in that report into perspective lest they becoming meaningless as propounded by Dr. Kelvin Kemm, who said “statistics without context are meaningless”. It is important to know that Nigeria’s remaining on the third spot in the annual report for the third consecutive time is not to be viewed in isolation but in interrelation with the other nations battling terrorism. As these nations also take steps to mitigate terrorism they too record drops in their figures so the numbers will naturally show the observed trend.

It must also be noted that the Index, while providing figures, does not provide context, like the role of the countries that create enabling environment for Boko Haram to mutate, the lack of required support from Nigeria’s neighbours that allow the terrorists to launch attacks from their territories or to flee back into their territories after attacking in Nigeria. It does not factor in the ethnic configuration that ensures the terrorists get sympathy of certain villagers that would not assist the military with information. It does not figure out that some persons provide assistance to the terrorists for reasons known only to them.

The hype over the report would will down in a short time and not much would be heard until some group, activists, or client nation decide to resurrect it for use or until the 2019 edition is released. What can be done in that span of time is to remedy the shortcomings that have made it challenging to totally remove Nigeria from the list of troubled nations.

Three things are key to effecting this remedy: increased funding for the Army to meet up with basic needs of the troops since they have been stretched beyond capacity as result of ongoing multiple operations; secondly, regional cooperation is still very weak around the Lake Chad Basin and must be strengthened so that there is no weak link in the efforts to rid the area of Boko Haram and; international commitment by Nigeria’s foreign partners, especially the United State, which has the technology to crush the terrorists but has not deployed them to end Boko Haram evil activities.

Statistics about the war against terrorism as they relate to Nigeria must thus be given the right context so that it does not appear that the military is not holding its own against the terrorists.

The Almajiri: A Ticking Time Bomb In The North

PARIS CLUB: THE MAKING OF A NIGERIAN 'HERO'