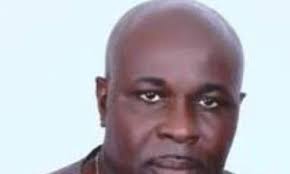 Even if you do not like his guts, what you cannot take away from Dr Junaidu Mohammed, a Second Republic law maker who shoots from the hips, is that he is very informed, articulate and passionate about his belief. He is also unabashed when it comes to expressing those beliefs.

Educated as a medical doctor in the former Soviet Union and specializing afterwards in the United Kingdom as a neurosurgeon, who has preformed hundreds of operations.

He was trained as a medical doctor. I asked if he still practices medicine, and if not, how he manages to keep body and soul together these days.

He said he initially wanted to combine politics with practising medicine but that fate had different plans for him: he had helped to set up a neuro-emergency ward at Murtala Muhammed Hospital in Kano where he was also a Senior Medical Officer in charge of out-patients. At that time in the late 1970s, there were evolving events at the national scene which he was also drawn to. One of these was that the late Aminu Kano, J.S. Tarka and a few others had formed a national movement, which quickly factionalized over who would play what role in the movement. He, along with others, encouraged Aminu Kano to leave the movement and form the Peoples Redemption Party in 1979. With this development, he decided to leave medical practice to join Aminu Kano full time because he was committed personally to him and also to the newly formed PRP. He was to become one of the leaders of the party and also a member of the House of Representatives.

On how he keeps body and soul together these days, he said he has been fortunate to have good friends and two younger brothers who help to take care of him and his family to ensure that he is “not in any embarrassing situation financially.”

He said he is not a capitalist and believes that capitalism is unfair and will not be capable of facilitating real development, especially in Africa. He however said that while a student in the Soviet Union, he sub-consciously took notice of the patriotism of the Soviets and mentioned the fact that they lost over 20 million people during the Second World War when Germany invaded the country as evidence that the people were willing to do whatever it took to defend their country. He also said he was full of respect for the elite of the former Soviet Union for being committed to a specific ideology. “Ideology is absolutely fundamental to national building. One of the problems we have is that the elite in Nigeria have not been able to have even a consensus [on anything] or a common ideology, and until we achieve an elite political consensus we are going nowhere as a nation,” he declared.

Does he feel bothered that some people, especially from the Southern part of the country, regard him as a Northern irredentist? “The accusation that I am a Northern irredentist is a very unfair assessment because most of the people who make such statements do not know me,” he said. He argued that Nigerian politics is driven by ‘anything goes’ – with people fabricating stories or telling lies about people they disagree with. He reiterated his often stated position that none of us can develop as much as we think we can do independent of others. He said he is viscerally opposed to the idea of starting agitations once one faction does not get what it wants or people and groups ganging up like crabs to pull a leadership they do not like down. “If they call me Northern irredentist for saying these or holding such beliefs, good luck to them”.

He admitted being critical of Northern politicians, the politics of the defunct Northern Peoples’ Congress and the Northern emirate system but contended that these are not synonymous with the North. He said he does not believe in the emirate system but will not advocate for its abolition if the people still respect it, if it is not a massive drain on a state’s financial resources and if it does not constitute itself into a cog on the wheel of progress. “But the idea in the North is that some people believe that because they are Emirs, they can be facilitators of injustice or corruption.” Referring to Emir of Kano Sanusi Lamido’s battles with Governor Ganduje, Dr Junaidu argued that the emirate system is not supposed to be partisan, but since that Emir Sanusi Lamido “chose to play politics, he should also accept the consequences of playing politics and losing” because being an Emir, “does not automatically make anything you do right and it does not make you above the law”.

On his criticisms of the South-west security network, Amotekun, I asked what he thinks makes Amotekun suspicious but not Hisbah police, the civilian JTF or even the adoption of Sharia by a number of states in the North under Obasanjo?

He reminded me that he was opposed to the Sharia movement under Obasanjo and was also opposed to the Hisbah police. For him, he said, Nigeria, contrary to the conventional wisdom, is not a secular state but a multi-ethnic, multi-cultural, multi-religious state with secular institutions. He argued that the secular institutions were foisted on the country by the British colonial masters and they were retained after independence because the country realized it is “the only way to run the country with its vortex of ethnic and religious sentiments”. He contended that anyone familiar with Nigerian history would agree that there have been secessionist tendencies in all parts of the country – North, South-west and in particular South-east. He said the only South-West leaders he knew who never questioned the corporate existence of Nigeria or made inflammatory comments to that effect were the late MKO Abiola and Bola Tinubu. “So when I call the South West cowardly closet secessionists, I mean what I say and have the evidence to prove it”, he said. He believes that that the country owes Tinubu a whole lot of gratitude for the personal sacrifices he has made for the country, especially in bringing the Buhari government into being.

He reminded me that the idea of state police has been lingering for some 25 years or so and that he has been consistently opposed to it. For him therefore, Amotekun will create a situation where the South-West will be a battle ground and Amotekun turned into a regional police which will then be empowered to challenge the Nigerian Police. He wondered why states, some of which are struggling to pay workers’ salaries, will now be viable enough to have regional police. “I am not a bigot, but the South-West has not sufficiently justified to me why a superior police based on their ethnic state is going to be workable, while the Nigerian Police that is based on the nation as a whole is not acceptable to them. If you assert, you must prove and it is up to them to prove that Amotekun is workable.”

I asked if he thinks that with most Yoruba uniting across party lines behind Amotekun, the country is primed to witness part two of the NADECO versus Babangida/Abacha dog fight? He said he hopes that common sense will prevail because he will not want to “see the life of a single Nigerian lost out of the incompetence, corruption, greed or stupidity of our politicians”. He believed the government did not handle the Amotekun issue competently. For him, if there was to be a statement on the status of Amotekun, it should have been a comprehensive statement on the position of the government, “not necessarily coming from the so called chief law officer of the country, the Attorney General, who has a controversial reputation in the South-West anyway.”

Watch out for the full interview on The news Chronicle (www.thenews-chronicle.com)

Between The Election Tribunal Decision and Sir Lugard’s ‘Mistake’

10 thoughts on “An encounter with Dr Junaidu Mohammed”