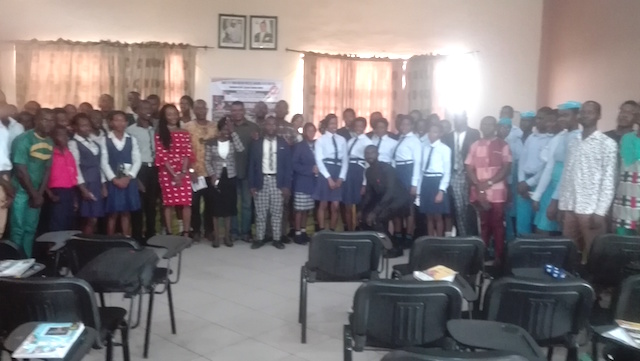 Young writers in Anambra State under the umbrella of Society of Young Nigerian Writers (Anambra Chapter) have registered their resolve to celebrate this year’s World Poetry Day with Chinua Achebe’s death day rememberance.

This was contained in a statement released by the State Coordinator of the group, author Izunna Okafor, regarding the association’s 2020 World Poetry Day Celebration.

He noted that World Poetry Day, which comes up annually on 21st March is a day set aside by the United Nations Education Scientific and Cultural Organization (UNESCO) during her 30th Annual Conference held in Paris in the year 1999, for celebrating poetry all over the world.

This annual celebration, according to him, is not only significant, owing to the enormous import of poetry to humanity; but also coincidental to the death day of one of the world’s most renowned writer —Chinua Achebe who died on 21st March, 2013.

He said the association has been in the forefront of remembering and celebrating Achebe and his works since his death, especially through the annual Chinua Achebe Literary Festival which the group holds every 16th November (Achebe’s birthday) in honour of the legend.

This cause, he said, the association would want to consolidate on, thereby resolving to mark the 2020 poetry day together with his death day.

While disclosing that Anambra Chapter of the association has been having its monthly reading on third Saturday of every month; Okafor, who is a multiple award-winnig author and journalist further revealed that this month’s reading will equally hold that same day, being also the third Saturday in March.

The three-in-one event, according to him, will hold at the Prof. Kenneth Dike Central E-Library, Awka, Anambra State Capital, starting at 9.am.

Acknowledging that the event is free and open to all, Okafor who is also the National Secretary General of the association, called on writers (both published and unpublished), as well as literary lovers and enthusiasts to take part in the event.

He said those who wish to make further enquiries regarding the event should do so via: [email protected] or 08163938812

“World Poetry Day is celebrated globally to acknowledge the role of poetry in every culture and every country of the planet. The day also recognizes and celebrates poetry as the most valuable asset of humane cultures and languages.

“The day also admires the role of poetry in bridging cultural differences and bringing communities closer. It commemorates the poets for speaking out on cultural and social issues through poetry; inspiring and encouraging millions.

Many people celebrate the day in different ways.
“And that is why we, the young writers in Anambra State, Achebe’s home state, have decided to celebrate this year’s edition in a special way, reminding the world also that it is exactly seven years the legend left the dropped his mighty pen,” Okafor in his world.

Imo: The Emperor Loses His Empire.

WHAT I TOLD GOV. OKOROCHA EARLY THIS YEAR.