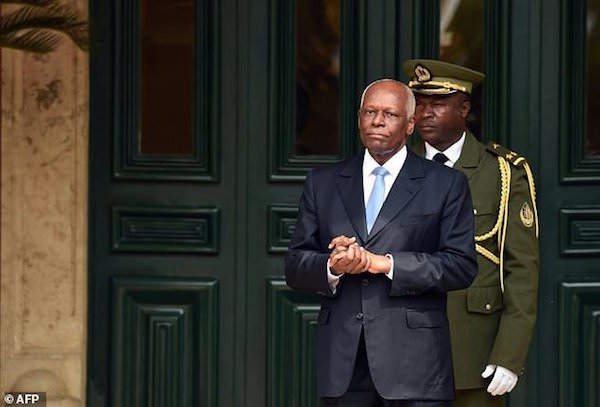 Angola’s parliament passed a law on Friday that will drastically limit the powers of the country’s future presidents in matters of security and defence.

The law will only apply to successors of the current head of state, President Jose Eduardo dos Santos, who has enjoyed unfettered control of Angola’s sprawling military and security institutions since taking power in 1979.

Supported by a large majority of lawmakers, the new bill sets out limited circumstances in which the powerful officials can be removed — including instances of criminal behaviour and old age.

It will mean that the heads of the army and police and intelligence services will be protected in their posts for eight years, limiting the president’s power to remove them.

The policy has sparked controversy in Angola with the opposition accusing outgoing Dos Santos of seeking to retain control of the military after he leaves office.

“It means that the president will not be able to remove them from their posts,” said Andre Mendes de Carvalho, a lawmaker with the opposition CASA-CE party.

“A law like this shouldn’t be passed just weeks before the end of a (presidential) term. What’s more, it prevents the future president from working effectively.”

Angolans will go to the polls on August 23 to choose their new leader.

Dos Santos will not contest elections next month which his apparent successor at the helm of the ruling MPLA party, defence minister Joao Lourenco, is expected to win comfortably.

After 37 years in office, Dos Santos has been dogged by rumours of ill health and has made two medical trips to Spain in recent months.

Pa Cyril Igwe Laid To Rest In His Hometown, Ebenator