A-League: Sydney FC have capped off their historic season with a win over the Newcastle Jets. 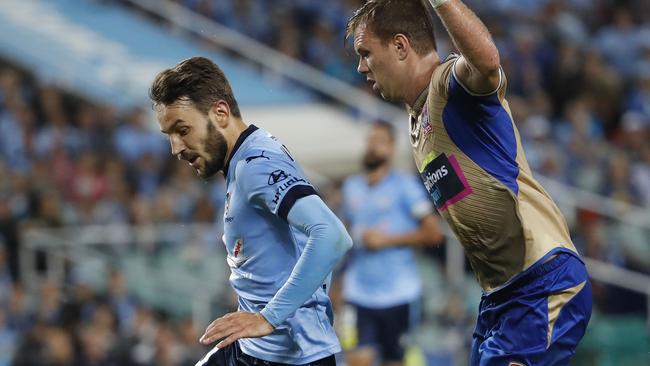 SYDNEY FC midfielder Milos Ninkovic insists he will “play without a leg” if needed to ensure he takes part in the grand final, and has every intention of being fit before that.

Confirming the story in The Daily Telegraph on Tuesday, which revealed he aims to be training again by the end of the week to prepare for the Sky Blues’ semifinal next weekend, Ninkovic feared the worst momentarily after receiving a late tackle from Jets midfielder Ben Kantarovski late in Saturday’s 2-0 win for Sydney.

Favourite to win the Johnny Warren Medal for player of the Year, Ninkovic has been the undoubted star of Sydney’s march to winning the Premier’s Plate. “My ankle is good but it is still a little bit sore,” he said. “Everyday it’s getting better and better, we have a very good medical team and I will be ready for the semifinal.

“I expect to play but we have a very good team, very good players and confidence is high, so it doesn’t matter who will play, we are the best team in the country and that’s it.

“Grand final I will play without a leg if I need to play,” he added. “These next two days it’s important to keep ice and (club physio) Elias (Boukarim) will do everything with treatment and I already feel better than yesterday.” 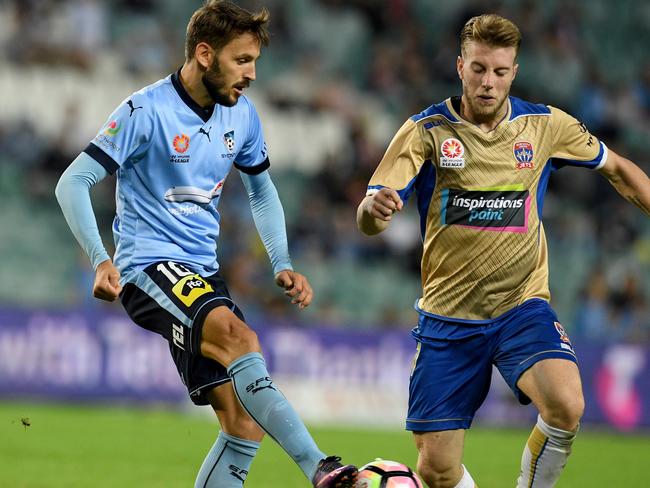 Ninkovic had given Kantarovski an almighty spray after the challenge, before limping off in some distress. He was missing from Sydney’s post-match celebrations with the Premier’s Plate, as he rested his ankle, but said he still enjoyed the moment.

“I felt very bad (initially), I had pain in my ankle and straight after the game I couldn’t walk because of my ankle, but the next day it was much better,” he said.

“It was a very good feeling winning the premiership. Before the season no one expected us to make history to win 66 points from a possible 81.

“It’s very huge and it’s a very big result for us but still we have two more important games and we want to win every game.”