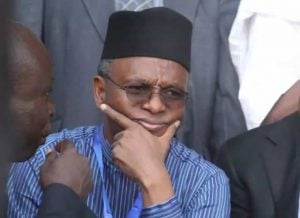 At least 55 persons have been killed during a communal clash at a market in Kasuwa Magani village in Kaduna State.

The state governor, Mr Nasir El-Rufai, confirmed the figure to reporters on Friday when he visited the scene of the incident.

“Many people have been killed. According to what the police have briefed me so far, 55 corpses have been recovered; some burned beyond recognition,” said the governor who condemned the clash in strong terms.

He added, “Many of the victims are just visitors from outside to the market here in Kasuwa Magani and this will not continue.”

The clash, which left several others injured, broke out on Thursday after some youths attacked the market in Kajuru Local Government Area of the state.

The incident was said to have snowballed into a crisis between two youth groups of different religion.

“It cannot continue, we are going to deal decisively with anyone involved in this,” Governor El-Rufai stated.

He disclosed that the state government has imposed a curfew in the area, while the security agencies were already making efforts to restore calm in the village. (Channels)

Atiku Defeats Buhari In Nine Out Of LGAs In Rivers