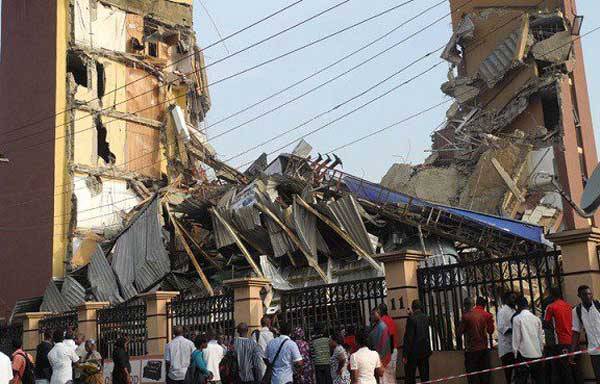 Many people are feared dead as another building has collapsed in Lagos Island. The building is located at 57, Egerton Square, Oke Arin, Lagos Island.

The development is coming barely one week after another building collapsed at Ita Faji, Lagos Island, killing 20 persons, including school children, while more than 40 people sustained injuries.

The building was one of those marked for demolition.

Firefighters from the Iganmu Division have been deployed to the scene of the accident to commence rescue operations, accorrding to Director of the Lagos State Fire Service, Rasaki Musbau, who confirmed the incident.

According to Lagos State officials, fficials of the Lagos State Building Control Agency were demolishing another house beside the building when it went down.

I'm Unknown To Your Family Because They Don't Listen To Radio, Awara Tells Wike

17 thoughts on “Another Building Collapse In Lagos Island”