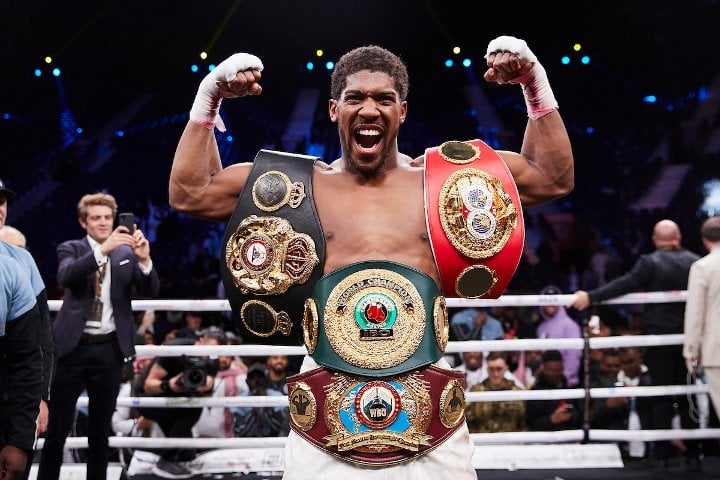 British Boxer Anthony Joshua has been challenged by a fresh opponent for the WBO Belt amid the ongoing break from professional boxing.

Joshua had earlier been compelled to delay preparations for his scheduled face off with Bulgarian Kubrat Pulev, and have the big one against Tyson Fury later in the year, will have to consider the fresh challenge.

The Challenger, Undefeated Frank Sanchez is said to be eyeing a chance to snatch one of Joshua’s belt, Precisely WBO, having beaten Joey Dawejko on points last month to move up into the top ten of the WBO.

The Brit could unify the division if he beats Pulev and get the better of the 33-year old Fury who pounced Deontay Wilder in February.

‘The kid is fire’: UFC champ wants Aussie next

419 thoughts on “Another Challenge For Anthony Joshua For WBO Belt”