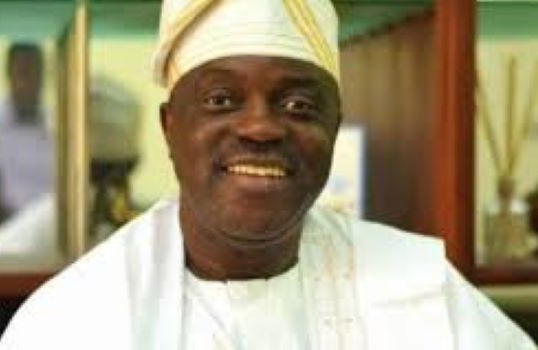 A Chieftain of the Peoples Democratic Party, PDP and former National Chairmanship Aspirant of the Party, Prof. Taoheed Adedoja has defected to the ruling All Progressives Congress, APC

Prof Adedoja who was a one-time Minister of Sports and Special Duties in his letter of resignation to the National Chairman of the PDP, Prince Uche Secondus dated March, 29th, 2019 and made available to news men in Abuja yesterday said that he was quiting the Party in the ‎ National interest as a Pan Nigerian.

According to him, ” am aligning with the All Progressives Congress, APC, at this period of Nigeria’s political dispensation is to contribute my best to the needed unity of Nigeria

“As dictated by my pan Nigerian experience, having built bridges of unity among various socio-political groups in the country all through my life endevours ‎both in private and public sectors

‎” I want to align with the Federal government of Nigeria to contribute to the good governance the country deserves for our people and for my followers across the country”.

The resignation of Prof. Adedoja, a former Pro Chancellor of the Federal University in Dutse, Jigawa State from the PDP has brought to four the number of National Chairmanship aspirants that have resigned from the party.