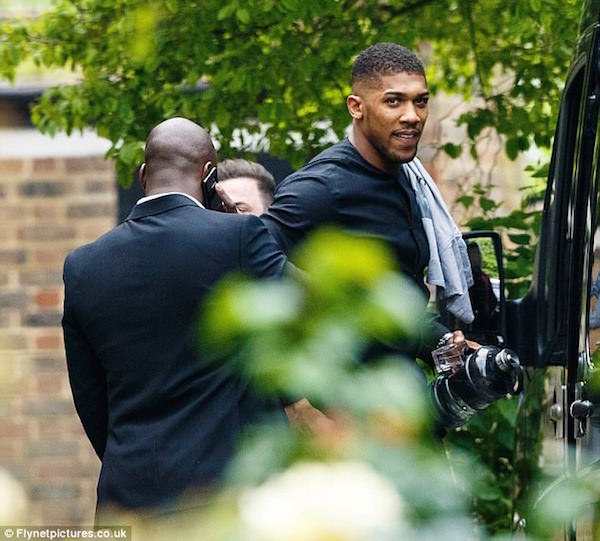 Grounded boxing star Anthony Joshua has moved back into his mother’s two-bed ex-council flat despite earning an estimated £15million from defeating Wladimir Klitschko.

The 27-year-old boxer was living in a grand palladian villa in affluent St John’s Wood, rented as a haven so he could focus on the biggest fight of his life.

After defeating Ukrainian Klitschko on an extraordinary night at Wembley last month experts said that Mr Joshua could soon be the world’s first billionaire boxer.

But despite the riches on offer the star is back living his mother Yeta Odusanya, 51, and his baby son after several gruelling months away from home. 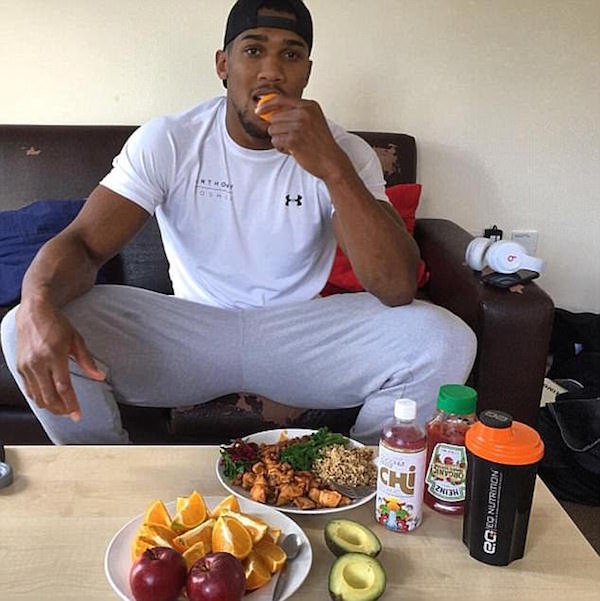 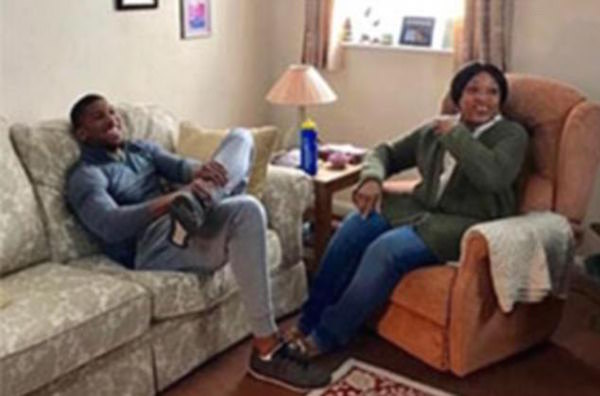 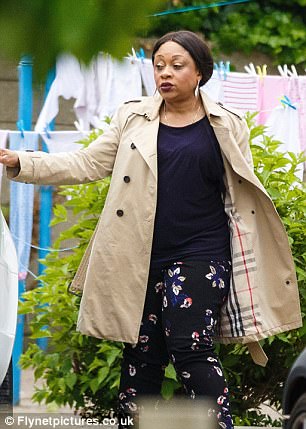 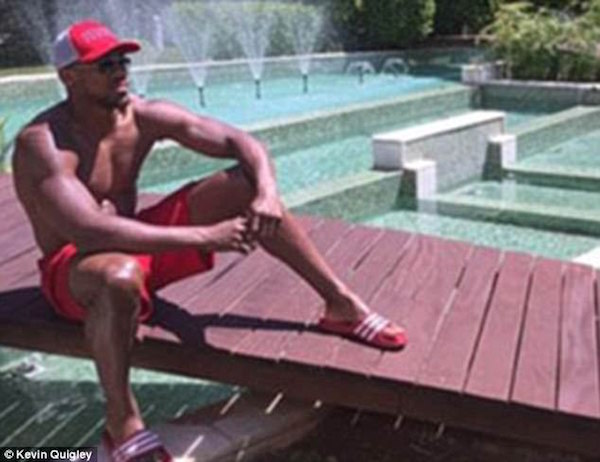 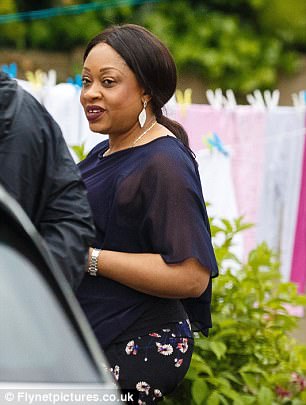 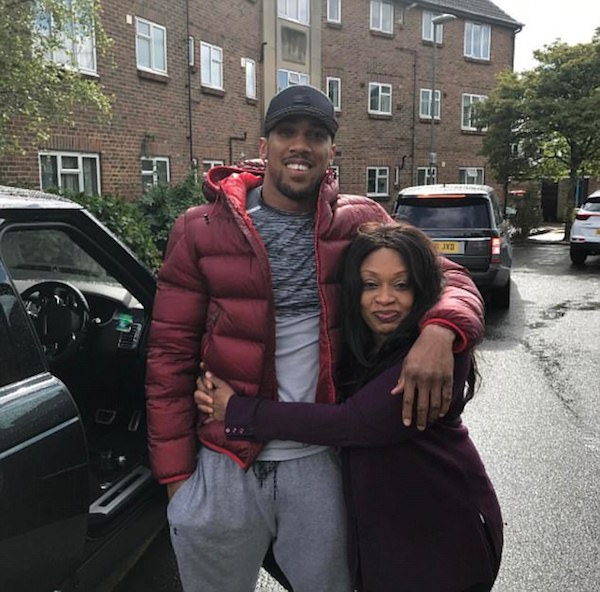 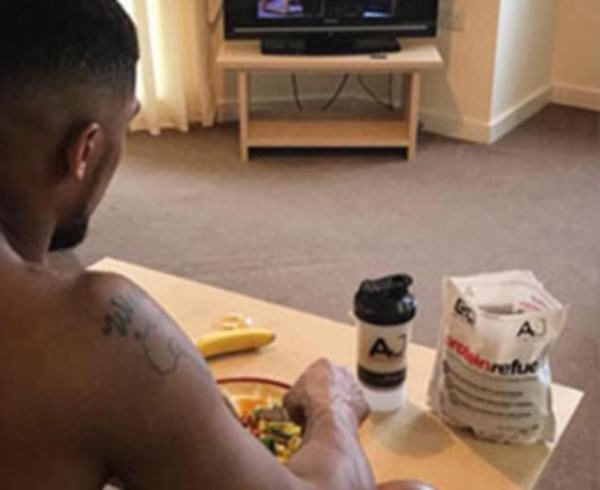 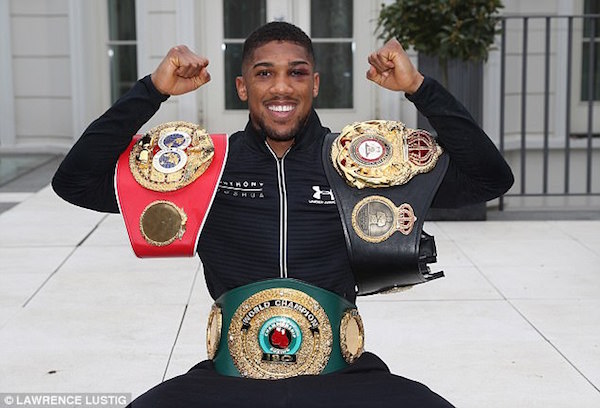 The father-of-one bought her the a former council flat in North London for £174,000 after turning professional in 2013, and was pictured moving back in yesterday.

During a round of press interviews after beating Klitschko, Joshua smiled fondly as he spoke of the moment his care worker mother – who he banned from watching the fight ringside – told him she was proud of his incredible triumph in front of 90,000 spectators at Wembley.

He said: ‘We spoke on Facetime and she said she was proud of me.’

For the past decade, he has been in an on/off relationship with the mother of his child, former school friend Nicole Osbourne, who he bought a £500,000 flat not far from his home.

Though the 6ft 6in and 17 stone star is currently single, there is however one woman that will come before any others – his mother.

He has previously credited the close-relationship with Mrs Odusanya as being key to his rapid rise from amateur to becoming a boxing superstar – having now claimed the WBA, IBF, and IBO heavyweight titles.

But he is so fiercely protective that since winning Olympic gold at London 2012 he has not let her watch his fights, be it live or even on TV.

Mrs Odusanya was asked if she was proud of him last month and she simply gave a double thumbs up and a big grin before climbing into the £80,000 white Range Rover he had bought her.

Despite earning roughly £15million for the fight, Joshua told a press conference that all he wanted to do following the fight was to go back to ‘normal living’ by having a lie-in and catching up with family members.

Asked what his plans were he told reporters: ‘I’m a good man, I’m a family man, and I love life.

‘Normally I take a holiday, but I think this time what I’m going to do is just pop round to some of my family’s house and catch up.

‘Because we spend quarter of the year training, and then normally you go on holiday and then straight back into training camp. I don’t want to do that, I want to catch up with family. And that’s it. Go back to normal living.’

One of four children, Joshua grew up on the Meridean Estate in Watford and left school aged 16 after falling in with the wrong crowd.

Two years later he was a jobbing bricklayer devoting weekends to drinking and going out clubbing.

But it was aged 18 that he became ‘hooked’ on boxing at Finchley Boxing Club which later led him to clearing up his act and winning Olympic gold at London 2012.

In October 2015, his then girlfriend Nicole Osbourne, who works as a dance teacher and appears in pole-dancing videos on YouTube, gave birth to their son Joseph.

Living just two miles away, he visits regularly when he is living at home with his devoted mother.

Last month, Mrs Odusanya said: ‘We’re very close, we always have been from day one, he’s my only son.

‘We live together and he’s always looking out for me. I still can’t watch his fights, I get really nervous and I do worry about him.’

Joshua, who has two sisters and a brother, has previously told how he did not want his fame and success to jeopardise his relationship with his mother.

Following a fight last year, he said: ‘I’ll take the belt home and she’s proud, but I want to keep our mother-son relationship on a level and not be like she favours me as her son because I’m world champion.’

The grounded boxer has told previously how he still helps her with chores around the house. In an interview, he said: ‘I’ll still do that, buying the milk, eggs, anything like that.’

He added: ‘The only thing I ask mum to help me with is my food, so she does most of the shopping, gets the fish, meat and chickens and stuff. But I do more than my fair share when I’m at home.’

In another interview with the London Evening Standard last year, he said: ‘I still live at home. Mum’s cooking is amazing and it is great to have my family so close.

‘Mum is used to the way I have to train now so she makes amazing food to help me recharge and prepare for fights.’