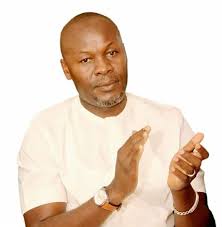 Candidate of the All Progressivs Congress (APC), for Ika Federal Constituency, Sabastine Okoh, has lamented lack of security presence in the just concluded presidential and Natonal assembly elections.

He alleged that suspected thugs from the People's Democratic Party (PDP), purportedly went on rampage at Uto-kpu, and prevented members of his party from voting.

He alleged further that security personnel were used to intimidate and arrest party members just as he accused security agencies of compromise.

He disclosed that one of his supporters who was ostensibly kidnapped hours to the election by allege PDP hoodlums was yet to regain freedom.

“Today PDP thugs took over the town, mess up Journalists and APC members who wants to vote”, saying that the strength of his supporters to curtail the excesses of PDP failed as the opposition over powered them.

According to him, PDP massively rigged the polls, revealing that at Igbodo, Izi and Uto-kpu, the PDP were busy boosting their numbers.

At Umunede Units 1&3, there was jubilation as the APC candidates were leading the polls.

In Akumazi, the country home of the Chief Press Secretary (CPS), to the governor, Mr Charles Ehiedu Aniagwu, the process was peaceful as sorting was ongoing when our correspondent visited.

Sabastine, who expressed concern over the manner the election went said: “I tried to want to stick to the rules. I just want to be different, elections is not a do-or-die affairs and how to serve the people is not by force”.

The APC candidate who is fondly called by his teeming admirers as”Saba na baba”, while confirming his attempted assassination, said God saved him.

“Yes! It was true, about 1:00am, they attempted to kill me but God saved me. God has assured me that no man born of a woman can kill me”, expressing thanks to God for saving him.

Meanwhile, the Senior Special Assistance to the governor, Kingsley Azu, at Adams primary school ward 7 with 11 units expressed joy over the large turn out by the Electorates.

He however noted that materials came early but voting started late.