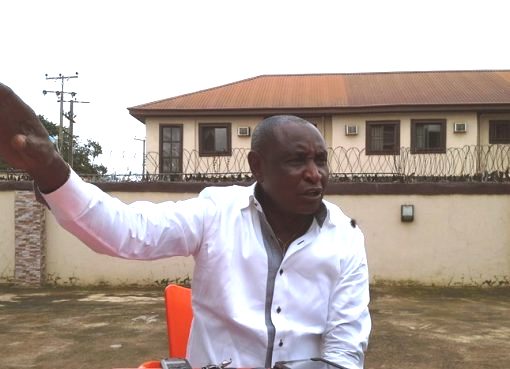 “Deltans have been denied full fledged university spaces over the years and Deltans have thoughtlessly agitated for misplaced universities instead of making their choices before the federal government to act”, a stalwart of the All Progressives Congress (APC), Emmanuel Ogwuda, has said.

He revealed that the two federal universities in the state have two faculties with each faculty not being able to solve the challenges of education in the state.

He noted with disapproval that Asaba, the Delta State capital has remained the only capital without a federal university, “it does not even have a federal presence”, he wept.

“The technical deformation of this failure is such that 90 percent of Delta state children are denied university spaces and opportunity to access university education technically or otherwise”.

He revealed that out of the four prominent premiers of the pre-democratic or post-independent Nigeria, only Dennis Osadebe, has not been named after a federal university in the country.

He further disclosed that Deltans have the highest number of enrolments in most of the private universities in the country, “and that is capital flight from Delta State. And once capital flies from your immediate primary economy, it automatically diminishes the secondary economy because the monies that leave Delta State to those states where those universities are located will develop the secondary economy of the state”, he explained.

He clarified further that over N100 million “which is more than enough to develop our secondary economy that will provide jobs in commerce and industry for our children” leaves the state due to leadership failure.

He lamented that the multiplier effect of the failure of leaders and politicians in the state to demand things that rightly belongs to the state from the federal government “obviously over the long time affects the development of our state economically”, demanding for a forensic audit inquest into the state wage bill in the last 15 years, “and a state that defraud itself to the tune of N3 million every month, how can that state be sustainable? He alleged.

Meanwhile, the All Progressives Congress stalwart, also lamented that the state inspite of its enormous resources has not been able to measure up with neighbouring states, describing it as a failed state.

He said a failed state is a situation where citizens lose trust it her leaders, noting that the picture is about the same in the state as Deltans have lost trust in leadership, “Delta state for me is a failed state”, he insisted.

He pointed out that the constant refusal of leaders to work towards the common good of the people has resulted into what he termed as “failed society”, stressing that Deltans have also lost confidence in state institutions especially public schools and hospitals, “and sadly, that is the situation in our state”.

FG insists no dime paid for release of Dapchi girls