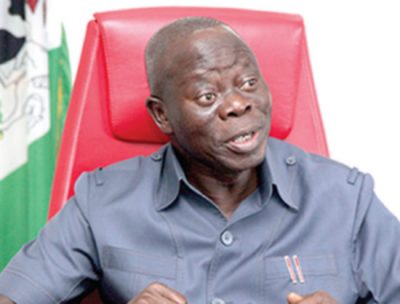 A Chieftain of the All Progressives Congress, APC, in Edo State, Francis Onabis has commended the introduction of direct primary in selecting party candidates for all elections by the Adams Oshiomole led National Working Committee of the party.

Onabis in a statement said the concept of direct primaries election provides for merit, suitability and popularity of aspirants across its area of interest.

He said the party has shown Leadership and true commitment to building a solid Democratic foundation that will strengthen electioneering process in the country.

Onabis added that concept of direct primary will helps in throwing up a credible, suitable and popular choice.

“For a fact, indirect primary election negates the democratic credentials upon which a progressive party like ours thrives.”

” APC under Adams Oshiomole has shown the way things should be done, direct party primary election is good for our democracy and if this will be replicated across all our party primaries, quality candidates will be emerging.

Onabis noted that the idea of a few delegates taking a decision which is binding on the entire party, is subverting and easily manipulated by various factors.

According to him, the use of money to any candidate's advantage, has been greatly reduced and which is in line with a major manifesto of the party to fight corruption at all levels.

“now every member of the party feels a sense of belonging, and will go all out to ensure that the party's candidates win at the general election because the candidature is true reflection of their will.

He added that the process would give every member of the party the opportunity to participate in the process, saying that the Direct primary election is constitutional and acceptable.