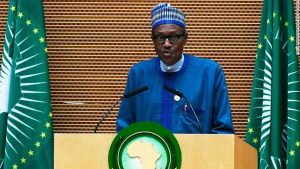 A chieftain of the All Progressives Congress in Kebbi State, Kabiru Tukura, says “fifth columnists and subversive elements” operating within the APC-led Federal Government must be identified and expelled as 2019 general elections approach.

Tukura, who is also a House of Representatives aspirant for Zuru, Danko/Wasagu, Sakaba and Fakai Federal constituency, made this known while fielding questions from State House correspondents, in Abuja on Sunday.

He was reacting to political developments across the country including the sack of Lawal Daura, former Director-General of the Department State Services.

The acting President had on August 7 sacked Daura with immediate effect, over Tuesday’s alleged invasion of the premises of the National Assembly by DSS operatives.

The News Agency of Nigeria reports that the interim report on the NASS invasion submitted by the Inspector General of Police, Idris Ibrahim, to the Presidency last week had indicted the sacked DG of the DSS.

Tukura, who lauded the acting President for the action taken against Daura, however, enjoined President Muhammadu Buhari to quickly identify and expose “subversive elements” in his government.

He also dismissed the assertion in some quarters that the invasion of the National Assembly by the DSS operatives was meant to ensure the impeachment of principal officers of the Senate.

“That thing happened as a shield for the PDP senators. No single APC senator or representative was at the National Assembly on that day.

“If there was a plot to impeach the senate president, where would it have been? On the floor of the Senate with no single APC senator and the PDP senators were on ground as early as 7a.m while the Senate was on recess.

“So, I wonder what they were doing there. It tells you it is a PDP arrangement and that is what led to what happened.

“His (Lawal Daura) sack is a strong lesson and will serve as a deterrent to others who intend to do that.

“If there was a plot to impeach the senate president, it was intended to paint the government in bad light which was why they started twitting, making noise, telling embassies that Buhari is threatening Nigeria’s democracy.

“So the Federal Government is on track, they have done everything a sensible government needs to do and going forward, they should be strict with who they give appointments to,” he added.

The APC chieftain also frowned at those expressing concern about President Buhari’s health as he indicated interest to re-contest in 2019.

He said: “For me, I don’t know if it is because of the love I have for Buhari, his policies and what he stands for; however, every day I see him from the day he returned from the hospital, he looks younger, fresher and stronger.

“I’m being very objective and so I don’t think there is any impairment that can prevent him from contesting in 2019.”

On his political ambition, Tukura maintained that he enjoy cordial and harmonious relationship with the people of his constituency, and had intimated Gov. Atiku Bagudu of Kebbi through the party, of his ambition to run.

“Well, he is the leader of my party in Kebbi State, he is my leader and I have written to the party to intimate them of my decision to run and I am sure he is aware.

“I think he is a very objective person and he will support whoever the people choose,” he said.

On the defections of Governor Aminu Tambuwal of Sokoto state from APC to PDP, Tukura said the defection would not affect APC chances in the 2019 general elections in the state.

“Did you see the pictures of what happened in Sokoto after his defections? That is not manipulated.

“I was in Sokoto on that day, I was supposed to travel to Zuru from Sokoto and in a span of two to three kilometers, I spent over two hours.

“The crowd was mammoth, it was huge and I can tell you that crowd was not hired. They came to welcome one of their own and that was even without President Buhari being there.

“Like I said earlier, he has left but it is for the better,” he added.

BAYELSA: Be Careful of Your Utterances, PDP Warns Oshiomhole

Sanwo-Olu replies Agbaje, says Lagos is not in bondage