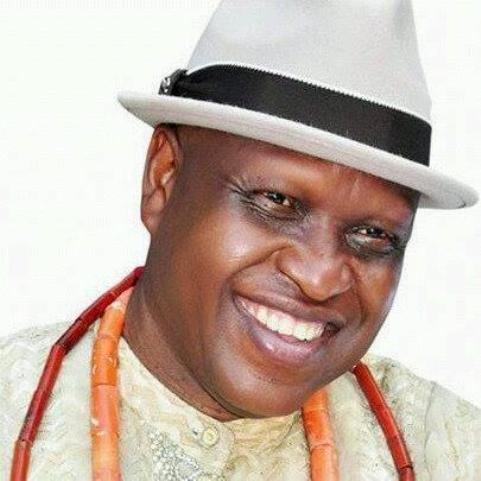 A Federal High Court sitting in Asaba, ordered a stay of action on further proceedings in the case brought before it by Chief Cyril Ogodo, a factional chairman of the All Progressive Congress (APC), and two others against the party, the National chairman of the party, Comrade Adams Oshiomhole, the Independent National Electoral Commission (INEC) and the party chairman in the state, Prophet Jones Ode-Erue.

This is to enable the Chief Judge look into a petition against the court. At the resumed hearing Tuesday, Barrister Oghenejakpor observed the absence of the defense and recalled that the matter was adjourned till today for the cross examination of the first plaintiff, Chief Cyril Ogodo, who has concluded his evidence in chief.

He reminded the court of the order it made that another summons be served on the defendants on or before 18/1/2019. He said that the bailiffs were effectively mobilized to deliver the summons. However, that the bailiffs made a non-service return on the first and second defendants, on the ground that he got to their office and the office was under lock and key.

Oghenejakpor submitted that although the bailiff christened it as not being served, but that that is enough service having been aware. “They are aware that the matter is for today, and that is all that they need to know,” the counsel said.

Oghenejakpor gave two reactions to substantiate his submission that the defense was aware that the matter was fixed for today. He said the defendants filed an application yesterday (Monday, 21/1/2019) to set aside this case. In other words, he is aware that this matter will be heard today, pointing out that even in the application, he deposed to the fact that the matter was adjourned till today, 22/1/2019 for the cross examination of the plaintiff. “We have reacted to his application with affidavits to show,” he said, pointing out that even INEC, the 3rd defendant that filed that application was absent from court today. “And he is neither here to move his motion nor cross-examine the plaintiff. The motion is filed in bad faith to see what would happen,” Oghenejakpor said.

Talking about a second reaction, Barrister Oghenejakpor said: “We heard that there is somebody coming to ask to be joined in this matter. The motion for joinder was moved at 10am yesterday. And we have also filed our counter affidavit and written address, and have served the counsel this morning. My position is that the court should not because of that motion adjourn the cross examination as the motion was brought to stop trial.”

“In the alternative, we can take the motion here and now, and the court will rule on it. And the court can summarily rule on the issue of the joinder so that progress can be made,” Barrister Oghenejakpor submitted.

The counsel whose client sought to be joined apologized to the court for just coming into the matter, saying that he would only respond to the application of Oghenejakpor as it relates to the joinder issue.

He said: “I was served with a five-page counter- affidavit with a bundle of exhibits, and a written address. I will need to respond to the counter-affidavit. But it is only the plaintiff that has been served, and others parties need to be served. It is important that the court hears this application before entering judgment as the case may be. Continuing with the trial will be prejudicial to this application.”

Justice Adegoke pointed out that the action of the defense since hearing in the matter started seems to be to hijack the proceedings, saying: “I allowed counsels to make their submissions for record purposes.”

At this stage Barrister Oghenejakpor sought to ask for date, but the judge asked them to be patient and give the Chief Judge of the Federal High Court to look into the petition.

At the resumed hearing of the matter on Thursday, January 17, 2019, Chief Ogodo entered the witness box where he was led by the lead counsel, Barrister Odiriveri Oghenejakpor, who led Roland Ekpe esq, K.K. Isera esq and S.O.Adamu esq. Barrister Oghenejakpor, who observed at that hearing that the defense did not show appearance, averred that the defense had abandoned trial, and requested that the court gives an order that another notice be served on the defense on or before January 18, 2019 to appear so that they can come and do the cross-examination in chief on Chief Ogodo.

Oghenejakpor further asked the court to order that if they fail to appear that the plaintiff will then be ready to address the court.

Justice T. B. Adegoke, in her ruling granted the request and ordered that the defence be served with another motion on or before January 18, 2019 to appear and do the cross examination of Ogodo, and then granted the request that Ogodo should step down from the witness box for now, pending when the defense would come for cross examination, and adjourned the matter till today, Tuesday, January 22, 2019.

PDP cries out over police case against Adeleke