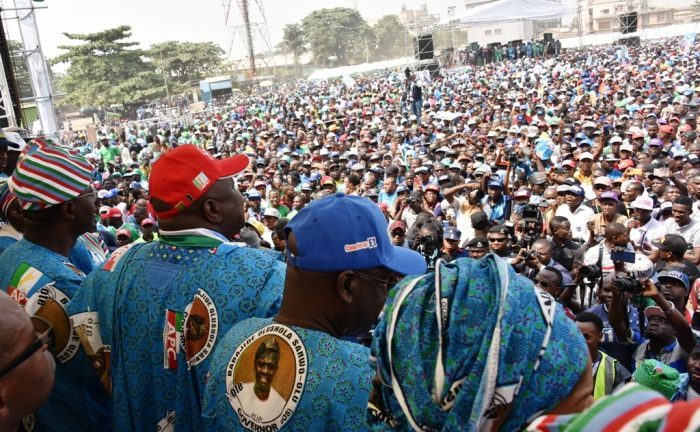 The Minister of Works, Power and Housing, Mr Babatunde Fashola, Saturday appealed to members of the electorate to vote for All Progressives Congress(APC) candidates in the Feb.16 and March 2, general elections. Fashola.

Fashola, who made the appeal in a chat with journalists at the Teslim Balogun Stadium, Surulere, Lagos, venue of the APC Presidential Campaign rally, urged the people to get their Permanent Voter Cards (PVCs) ready and vote en-masse for APC.

According to him, re-electing APC will bring more prosperity and development, among other things dividends of democracy. “After voting, please wait behind for it to be counted in your presence. We cannot allow our votes to be rubbished,” he said.