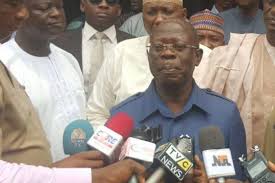 The ruling All Progressives Congress (APC) is currently keeping tabs of political activities of no fewer than four of its governors and some of its chieftains, including members of the National Assembly over their alleged support for the presidential bid of the Peoples Democratic Party (PDP) candidate, Alhaji Atiku Abubakar. Atiku is one of the 77 candidates expected to be on the ballot in the February 16 election against the incumbent, President Muhammadu Buhari of the APC.

The former Vice President was a member of the APC until he defected to the PDP and eventually emerged as the leading opposition party’s presidential flagbearer last month. According to highly placed sources within the party, the decision to place a political surveillance on some of the party’s leaders is to nip any form of anti-party activities in the bud ahead of the 2019 general elections.

While stating that its not as if the party is sniffing or suspecting the leaders, he said some of those being monitored are those with antecedents of anti-party activities before, during and after elections, as well as those aggrieved with the outcome of the various primaries of the party in the country. Specifically, one of the sources hinted Saturday Telegraph that, among those being watched are two governors from the South who are said to be angry with the party and two others from the North, allegedly working with Atiku. “I can confirm to you that we are watching four governors; two from the South and two from the North. We learnt that they have been telling their people not to work for the party.

“We cannot trust them totally, that is why they have to be watched. If they are not working for us, we too should not let down our guards”, he said. The National Chairman of the PDP, Prince Uche Secondus, had recently let the cat out of the bag, when he gave a hint that three governors on the platform of the APC, and some ministers in Buhari’s cabinet are in secret talks with his party over possible defection. Speaking recently during the 81st National Executive Committee (NEC) meeting of the PDP, Secondus said: “Three more governors and some ministers are coming to our fold, they (APC government) are not aware. Security and economy have collapsed, they are not aware.

There are killings in different parts of the country, they are not aware. Until we reclaim power in 2019, they won’t be aware of anything.” Another source within the party hierarchy who corroborated the first source, told our correspondent that the party is ready to tame the governors to do its bidding. “The APC is not leaving any stone unturned ahead of the 2019 election especially the presidential poll which is the biggest determinant of other elections. “That is why the party is currently taking some discreet steps, howbeit, constitutional, to ensure that the party come top in 2019.

“The party has considered it necessary to get it-self updated on the political activities of some of our leaders who we feel have political, economic and perhaps social relationship with Atiku. I can tell you that about four governors and almost 12 leaders are on close watch of the party. “Of course, we are not on their trail with police or anything, but we want to make sure that they are not susceptible to anything from the other side or got blackmailed on the account of their previous relationships with some members of the opposition.”

Though the sources refused to reveal the governors involved, Saturday Telegraph investigation however showed that the issue might not be unconnected with those involved a the recent faceoff with the party’s National Chairman, Adams Oshiomhole, over the APC primaries. Governors Rochas Okorocha and Ibikunle Amosun of Imo and Ogun states respectively, had been talking tough against the party leadership in recent times.

While declining to mention names of the APC leaders on the radar, the second source noted that the ruling party is well aware of the various games the opposition party is planning to play ahead of the crunch battle. “Atiku was once with us and don’t forget that he was once a Vice President of this country for eight years. In that regards, you can’t rule out his pedigree of influence. He has it across as a politician and businessman, but we wont sit, fold our arms and not see how to protect what and those who are ours.

“At this stage, friendship is out, it’s all about interest. You are either for us or against us. That is why any seeming act of anti-party activity would be accordingly punished.

“Yes, some governors who are aggrieved about the primaries are part of those being kept in constant check the party and same goes for some leaders who might have benefitted from Atiku one way or the other in the past. The APC platform and Buhari’s aspiration is not where to observe the one good turn deserves another prism.

“We know some governors are his (Atiku) friends, ditto for some lawmakers. There is freedom of association but we wont let that culminate into something hurtful for our candidate and party. That is why we keep repeating our averseness to anti-party activities. Any discussion that can’t be held in the public should be kept till after Feb 16. The party will not condone any nocturnal meeting with any member of the opposition,” he said.