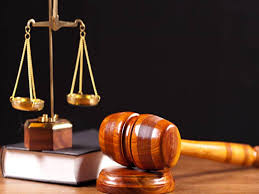 Chika Nwoba was accused of publishing statements on Facebook against some members of the party including Member representing Ikwo/Ezza south Federal constituency in the Federal House of representative, Hon. Chinedu Ogah.

The charge sheet reads thus, “That you Chika Nwoba ‘m’ on the 6th of December 2019 and 29th day of March, 2020 in Abakaliki in the jurisdiction of this honourable court did publish on Facebook statements against Hon. Comrade Chinedu Ogah which are likely to cause fear and alarm to the public or to disturb the public peace knowing or hearing reasons to believe that such statements are false and thereby committed an offence punishable under section 59 (1) of the criminal code Cap 33 vol.1 laws of Ebonyi state of Nigeria 2009.

When the matter was called up, counsel to the defendant, J.N Nweke appealed to the Court to grant the accused bail on self recognition as the offence committed was bailable.

In his submission, the Police Prosecutor, O/c legal, Ebonyi State Police Command, SP Ayeni opposed the appeal for bail for the defendant arguing that the life and safety of the accused can no longer be guaranteed, considering the nature of the crime he committed.

In her judgement, Magistrate Nnenna Onuoha granted the APC Chieftain bail of N100,000, and one surety in like sum; a letter of introduction from a traditional ruler stating that the accused is of good character and an evidence of current tax clearance.

The case was adjourned to 25th May, 2020 fo further hearing. Ends

481 thoughts on “APC Pub.Sec in court for publishing statement against Federal Lawmaker.”