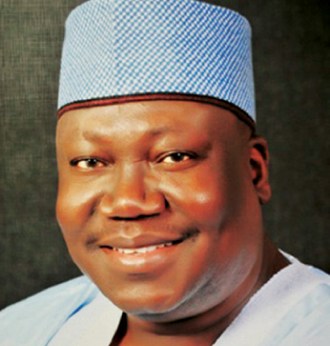 The Senate Majority Leader, Sen. Ahmed Lawan has disclosed that the governing All Progressives Congress (APC) retains majority seats in the Senate, despite the defection of some Party members during Tuesday’s plenary.

Senator Lawan made the disclosure to journalists after a close-door meeting with the APC National Working Committee (NWC) led by the National Chairman, Comrade Adams Oshiomhole at the Party’s National Secretariat on Tuesday evening.

*Breakdown*
All Progressives Congress (APC) – 53
Peoples Democratic Party (PDP) – 49
African Democratic Congress (ADC) – 3
All Progressives Grand Alliance (APGA) – 2
Vacant – 2
Senate Leader, Ahmed Lawan: “Even though we have lost some of our colleagues to the Peoples Democratic Party (PDP) and other parties, the All Progressives Congress (APC) still retains the position of No. 1 Party with more seats than any other Party. Presently we (APC) have 53 Senators, PDP has 49, African Democratic Congress (ADC) has 3, All Progressives Grand Alliance (APGA) has 2 and we have 2 vacancies. We lost our colleagues in Kaduna and Bauchi States; those were APC seats, very safe seats indeed. In August bye-elections will be held and by the Grace of God, the APC will reclaim the seats and the majority of the APC will increase.

“We are going to work very hard with our Party leaders here to reach out to our colleagues who have left us to try to explain to them and ofcourse give them the comfort the APC is the Party to work with because we have a President who has been focussed, who have done so much with so little resources in Nigeria, who is busy providing infrastructure in this country. I believe that every well-meaning Nigerian will do everything possible to support this kind of President. At the end of the day, we are hoping that our colleagues who have gone will come back to this Party to continue in the nation-building process.”

APC Hails Oshiomhole for Leading Party to Victory in Ekiti