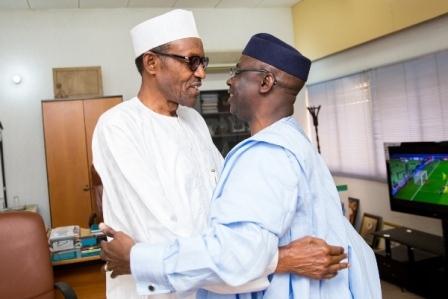 The leadership of APC Youths Renaissance has reacted to the scathing
remarks made against President Muhammadu Buhari by the General
Overseer of the Latter Rain Assembly Church, Pastor Tunde Bakare.

The group said Pastor Bakare has formed the habit of constantly
criticizing the government without providing single solution to the
numerous problems facing the country.

The group wondered why Pastor Bakare who has every access to President
Buhari could not put his observations on paper and passed them to Mr.
President for immediate action but chose to do otherwise in the public
glare.

The group however enjoined the pastor to stop using the pulpit to
advance his political aspiration, asking him to run for an election if
he thinks governance is easy.

A situation where the likes of Bakare and his fellow armchair critics
chose to make themselves cheap heroes in the public domain, we will
have no other option than to expose their dirty dealings in the secret
by sending our advanced team to probe their secret lifestyles.

How my ordeal in the hands of EFCC started, by Maurice Iwu

11 thoughts on “APC Slams Bakare over Scathing Remark on Buhari”