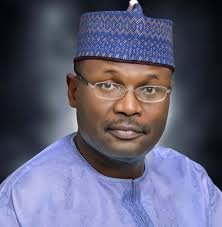 The Independent National Electoral Commission (INEC) Sunday declared the candidate of the ruling All Progressives Congress (APC) Ahmad Babba Kaita, as the winner of the Saturday’s senatotial by-election in Katsina State.

Kaita, who is a member of the House of Representatives, representing Kankia/Kusada/Ingawa federal constituency, beat his elder brother, Kabir Babba Kaita of the opposition Peoples Democratic Party, who scored 59,724 votes.