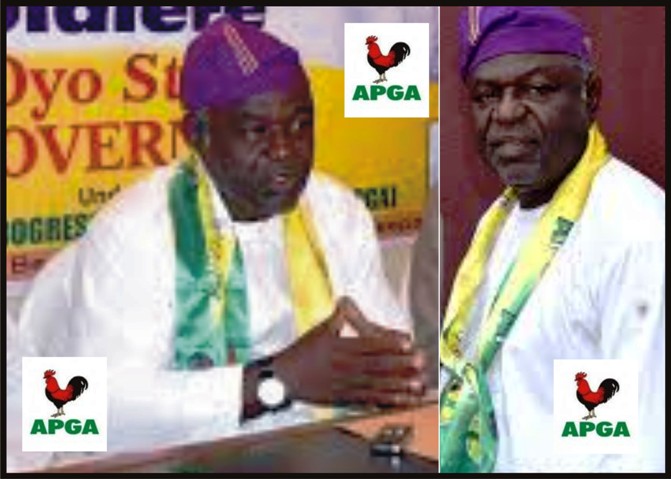 This was contained in a press release issued and made available on the party’s Social Media timeline.

Dn. Olalere, a seasoned Politician is an Economist by Profession and Micro Finance Consultant with the United Nations Development Program in Oyo State. A staunch member and scholar of the Late Obafemi Awolowo’s School of Thought. Dn. Olalere who is also the foundation and pioneer chairman of APGA in Oyo State and currently one of the Southwest leaders of the Conference of Nigeria Political Parties (CNPP). Oyo APGA won several councillorship seats in different local government areas of the state during his tenure as APGA Chairman. He has also contested several times as gubernatorial candidate of the party in 2011 and 2015 general elections.

Dn. Samson Olalere had held several state appointments among which are, Member, Oyo State Scholarship Board during the first term tenure of His Excellency, Senator Abiola Ajimobi and Member, Oyo State Marketing Board, during the political administration of Otunba Adebayo Alao Akala.

According to the release, Dn. Olalere’s mission is to propel the Campaign machine of the Presidential Candidate of the All Progressives Grand Alliance, Dr. John W. Gbor's (Rtd General)

across Nigeria.
The party further disclosed that the new Director-General would announce other appointments into the campaign structure as approved by the Party and APGA Presidential Candidate.

Echoes of a clapping Governor, Rochas and the sons of Jeroboam