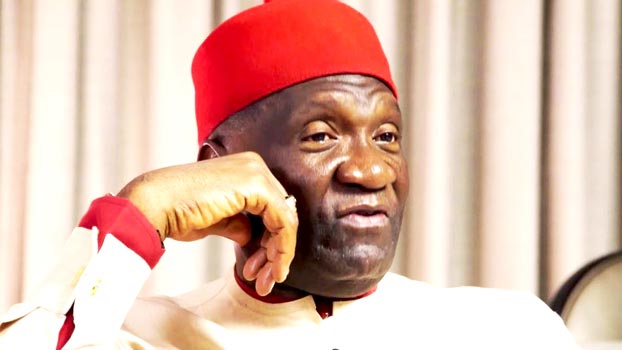 The Igbo leader called on Mrs. Zakari to resign from the commission because of her blood relation to President Muhammadu Buhari.

Nwodo told Nigerians to hold the Independent National Electoral Commission (INEC) and the Federal Government responsible should anything happen to the nation’s democracy.

He spoke while reacting to INEC’s appointment of Mrs. Zakari as head of presidential election collation committee.

Nwodo said it was bad enough that Mrs. Zakari was allowed to continue to serve in INEC and worse by INEC appointing her in the new position.

“It’s like Rangers VS Kano Pillars and Kano Pillars is allowed to nominate a referee. It’s impossible for justice to be done. In a civilized clime Amina Zakari should have resigned,” he maintained.

“I expected the APC government having come to power through a free and fair election conducted by another president, they should not destroy the history.

“I call on Amina Zakari to honourably resign.

“Whatever happens to our democracy tomorrow, they (INEC and Federal Government) should hold themselves responsible.

“With continued membership of Mrs. Zakari in the commission, the corporate personality of INEC is seriously whittled down; making her head of collation committee is worse than anything anybody can imagine,” he said.