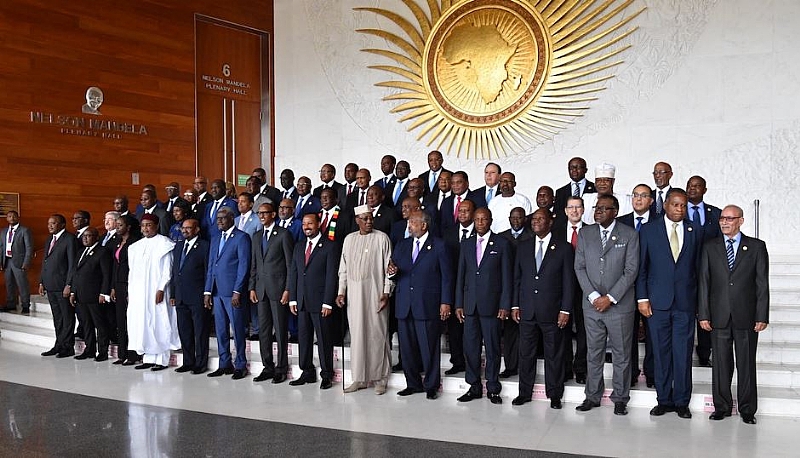 There are Africans that call for the return of their colonial masters that can be held responsible since African politicians are worse. So irresponsible, these politicians are selling out everything from government corporations, parastatals, natural resources to raiding and laundering Foreign Reserves. It is nothing short of divestment by African politicians indirectly giving major shares back to the same foreign corporations and businesses, without responsibility, that had handed over during indigenization period.

Isabel dos Santos, Africa’s richest woman whose father was the President of Angola got access to lucrative deals involving land, oil, diamonds and telecoms. Another African country rich in natural resources, looted worse than Nigeria’s former Oil and Petroleum Minister, Diezani Madueke did. Isabel dos Santos and her husband were allowed to buy valuable Angola state assets in a series of deals typical in most African countries .

The total amount of foreign Investments and foreign aid coming into Africa; are dwarfed by the amount of kickbacks, obnoxious profits and money laundering leaking out of Africa legally and illegally. Each time some of the money looted by politicians and their crony businessmen are eventually repatriated; after taking out legal and administrative expenses, the returned money is looted again by successive politicians leaving others in debt. If your business is in debt and you need assistance, then start by learning the difference between debt relief vs bankruptcy.

Nevertheless, African politicians continue to pursue foreigners to deliver them: importing experts, financial gurus and foreign portfolio investors by incentivizing them with high interest rate returns that can never be sustained and profitable for local businesses or corporations to borrow. One may wonder what types of expertise were needed that could not have been trained in any African country since Independence in 60 years!

However, training and producing these materials, know-how and experts at home would block the major loopholes for foreign contracts used by new administrations and their cronies to enrich one another. If the local money kept in reserves were invested at home, there would be no need to beg or depend on foreign Investments from outside. They bank most of their loots overseas pauperizing Africa.

Nigerian Presidential candidate Atiku like Isabel, actually boasted during the campaign that he would sell most of the parastatals as he did as Vice-President without any advantage to his country. Politicians ordered Central Bank to facilitate the transfer of parastatals for their private companies. They borrowed the money from private banks to acquire parastatals and let the banks liquidate. Central Bank then bailed them out.

Actually, so-called Foreign Portfolio Investors main job is to watch developing countries foreign reserves grow so that foreign investors can get ready to make a kill. This is why they send out newsletters about which country is ripe enough to be labeled: best place to do business, emerging markets, direct foreign Investments, the leader in 100 years and more flatteries. The local stock market would shoot up based on hot air. They would then take their profit out of the country; until the cycle is repeated again.

Why do Africans echo or rely on the hot air projections of the fox waiting to raid the chicken coop? They aid and abet the raiders for crumbs and access. Indeed, once the foreign reserve has grown large enough, super powers or corporations can just sell an old fighter jet to one African Country for use against its neighbor. It is enough to deplete a good part of their Foreign Reserves. Most African French speaking countries cannot even touch their Foreign Reserve in France without the approval of old colonial master!

Think about it. Foreigners are helping Africans deplete local foreign reserves since they know looters do not invest at home. Without killer profits, foreigners would not be rushing to Africa to make money either. But if foreign investors are given stipulations on long-term goals like infrastructure, they would label that country hostile without free market or call upon their government to sanction it. The free and fair reciprocal market they do not have in their own countries. They rig their own economy for the big boys.

Politicians are after foreign odious loans that are known to be going into private pockets. Based on some warped logic that United States the richest country in the world borrows from the Chinese, Japanese and Germans. This logic is used by Lagos to make Tinubu richer than the State itself. However, USA prints its own $100.00 bills that is worldly popular and abundant outside their country than inside. Credit worthy is not bankruptcy!

Foreign investors look out for themselves, Africa must bail itself out like other countries. USA can pay back on demand by printing more $100 bills that would be snatched up by many countries including those burying hard currencies in sewage tanks, mortuaries or transfer it to their shell companies in Panama like other billionaires hiding their money. But how acceptable are Naira, Cedi, Rand, Shillings or Zimbabwe dollar outside Africa?

It must hastily be noted that heavy government involvement in the economy apart from regulations, could be detrimental as in “government business is nobody’s business”. It is usually the functions of the private sector businesses and corporations to create jobs. The role of governments is to step in where private businesses may be overwhelmed as hospitals, schools and infrastructure. But must create an enabling environment for all.

However, if China had waited for the private sector to bail the country out of famine and poverty it suffered while Africa was flowing with milk and honey, China would not be a major competitor on the world stage with United States. China uses its influence as a nuclear power and took advantage of Western spite against Soviet Union to gain access to the Rich Countries Trade Club. Indira Gandhi, former Prime Minister of Indian, had called for the same access. Fair and free trade, not handouts.

China and India have reduced the world’s poverty by pulling many of their poor people into middle class while Africa’s poor keep on increasing. China has done so by sensible government interventions and severe punishment for corruption. On the other hand, African countries with relatively huge income had more money sucked out by Foreign Pensions and Equity Investors looking for maximum return in the shortest possible time.

Foreign Investors hardly embarked on a long-term major project like infrastructure without demanding guarantees or sureties that the same projects would revert back to foreign control if they default (always did) on the odious loans. Most loans are bribes for inflated contract between parties to employ their foreign workers as supervisors and above while Africans remain laborers. The odious loans are not only inflated, both parties anticipate defaults because they are not reasonably packaged for payback.

Therefore, it is not surprising that Chinese are taking over land and infrastructure in Zambia. Ghana sold its major Gold Industry to Foreign Investors and Nigeria’s Ajaokuta Steel Industry has never been viable. Nigeria Paris Loan Penalties and Fines Ballooned. Most of the major industries that were supposed to be major contributors to the countries’ foreign reserves have actually become a drain on Africa’s Reserves in each country by divestment.

When Legislators Debate Drugs and Sex

The Age of Kompromat

In Ebonyi State A Cso Is Accused Of Harassment