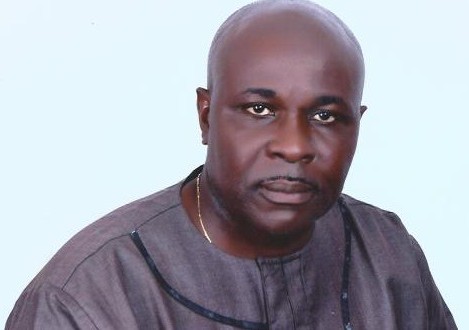 One of the important issues highlighted by innuendo in Obasanjoa��s recentletter toBuhari on the basis of which the Ota General advised him to forego any second term ambition is the issue of his age.Buhari is officially 75 years old.

Babangida sought to reinforce Obasanjoa��s call for Buhari not to go for a second term by underlining Buharia��s age as a disqualifier. As the Minna General put it:

a�?In 2019 and beyond, we should come to a national consensus that we need new breed leadership with requisite capacity to manage our diversities and jump-start a process of launching the country on the super highway of technology-driven leadership in line with the dynamics of modern governance.

a�?It is short of saying enough of this analogue system. Leta��s give way for digital leadership orientation with all the trappings of consultative, constructive, communicative, interactive and utility-driven approach where everyone has a role to play in the process of enthroning accountability and transparency in governance.a�?

In the above passage, Babangida implied that there is a relationship between age and ability to govern well. Here the young (the digital age) are assumed to possess critical skills that the old (the analogue generation) lack.

Even before Babangidaa��s call for the leadership mantle to be handed over to the a�?digital generationa��, there has been an episodic obsession with the politics of generation shift in the country a�� an obsession that seemed to have reached its crescendo last year whenEmmanuel Macron was elected the youngest President of France at 39.

With the renewed interest in the young taking over from the analogue generation, I feel a need to update some of my interrogations of the simplistic assumptions in the a�?generation shifta�� argument:

One, I see the new a�?digital generationa�� mantra as part of our search for an alchemy – a magic buzzword that can unlock the mystery of why we are where we are politically and economically despite our potentials. But the truth is that we have experimented with several mantrasin the past a�� a�?import-substitutiona��, a�?structural adjustment programmea��, a�?rolling back the statea��, a�?bringing back the statea��, a�?strong institutions and not strong mena��, a�?it takes strong men to create strong institutionsa�� etc. Unfortunately none of the mantras lived up to the hype and the country remains on the precipice as its comfort zone a�� as it has always been. The past mantras failed basically because their underlying assumptions were not robustly interrogated. Therefore while I essentially agree with the general thrust of the letters by both Obasanjo and Babangida, I will place the reasons for the a�?failuresa�� of Buharia��s government, not on his age, but on other factors.

Two, the assumption that the a�?old generationa�� has always dominated the governance of this country is not factually correct. In fact if we compare the age at which Nigerian leaders come to office with those of their counterparts elsewhere, it becomes clear that the countrya��s governance has always been dominated by young people. This is the age at which these Nigerian leaders assumed office: TafawaBalewa, the First and only Nigerian Prime (48); Nnamdi Azikiwe (ceremonial president at 56); AguiyiIronsi (42); Yakubu Gowon (32); MurtalaMuhammed (37) Obasanjo (as Military Head of State, 39); Shehu Shagari (54), Buhari (Military Head of State, 42): Babangida (44); Shonekan ( 57); Abacha (50) AbdulsalamAbubakar (56); Obasanjo (as civilian President, 61); Umaru Musa Yaradua (60); Goodluck Jonathan (53) and Buhari (as civilian President, 72).

Now compare the ages of these Nigerian leaders with the ages of the youngest leaders from other advanced countries we normally like to look up. In the USA, the ages of the countrya��s five youngest Presidents when they took office were: Theodore Roosevelt (42 years, 10 months and 18 days); John F Kennedy (43 years, 7 months and 22 days old); Bill Clinton (46); Ulysses Grant (46 years and 10 months) and Barack Obama (47 years, 5 months and 16 days old).

Based on the above, ifyouth or a�?digitala�� age correlates positively with effective leadership, then since most of our leaders have been young people, Nigeria ought to have been doing better. This means that in the new mantra of generation shift, it is not clear whether it is those over 60 who should be clamouring for power to shift to them since only a handful of Nigerian leaders came to office after 60.

Three, quite often those pushing for a a�?digital generationa�� fail to articulate any meaningful ideas exclusively possessed by the youth or recognize that the youths have in fact been historically dominant at all levels of governance in the country. Such people also often fail to define those they will classify as youths and those to be classified as a�?old generationa��. For example where do you put Donald Trump, who despite his vile personality, is full of energy and tweets frequently at inhuman hours at 71? Where do you put Obasanjo who at over 80 is very active as a global statesman and was able to get a PhD at over 80 years of age? And where do you put some young graduates and those in their 40s and 50s who know nothing about the world around them or even what a keyboard means? The truth is that there are a�?young old mena�� and a�?old young mena�� such that it becomes problematic to conceptualize generation shift as a form of relay race between the old (analogue) and the young (digital) generations, in which the old, out of exhaustion or impending exhaustion have to pass on the baton to the younger, and presumably more dynamic runners. In reality, a�?generation gapa�� often denotes the dominant ideas and ways of doing things of an era, and subscribers to such new ways could be both the old and young even though certain age groups tend to be more closely aligned with certain trends. A good example here is the networking websites Facebook, which initially was a fad for the young but has since been embraced also by the not so young. If the President of a country is say 70 years old, while his cabinet, the civil service and the bureaucracy are dominated by young people, will such a government be said to be under an old guard or young people? Besides, all over the world chronological age is no longer what it used to be a�� people not only live longer but also healthier

Five, I feel that the major challenge of the Buhari government is not his age but his approach to politics and governance that makes him fail the public perception test of at least many people from the South and parts of the Middle Belt. I believe that Buhari has not done as well as he should have done when it comes to nation-building and that the consequent perception of him as a sectional leader has beclouded whatever achievements he may have recorded elsewhere a�� at least among his critics. A puzzle that will remain debatable however is whether Buharia��s approach to politics and nation-building is driven by his insular nature or whether it is his perception of the country and its politics that influenced his decision to become insular.

The Fowl on a journey inside the basket does not know where it will end.

Kemi Adeosun: When Forgery is Elevated to a Cardinal Virtue

82 thoughts on “Are a�?Digital Agea�� Leaders Really the Answer?”